Masami Yamada is Curator for Japan in the Asian Department at the Victoria and Albert Museum. Her responsibilities include Japanese netsuke, lacquerware and ukiyo-e woodblock prints. She contributed extensively to the organisation of the V&A’s major exhibition Kimono: Kyoto to Catwalk (2020) and the publication of the accompanying book. Her current area of research is Japanese contemporary craft and design, particularly the work of contemporary urushi (lacquer) makers.

The V&A holds an extensive collection of over 25,000 ukiyo-e woodblock prints. This single-sheet actor print by Utagawa Kunisada, from a series featuring the ten most famous actors of the time, is one of the many prints considered for inclusion in the Kimono: Kyoto to Catwalk exhibition. The collection was freshly examined with a view to identifying works illustrating fashionably dressed men and women and their lavish lifestyles. As it transpired, the final selection of prints included many works by Kunisada, reflecting his keen eye for fashion trends and the enduring appeal of his stylish designs. The work illustrated here is currently on show in the Toshiba Gallery as part of a new display of graphic art entitled ‘Dress to Impress’. In the complete series, ten flashy actors sporting kimono with bold designs strike emphatic poses as lightning flashes all around them. This powerful image of Ichikawa Kodanji IV is my particular favourite. Designed when Kunisada was 74, four years before he died, it is evidence that his creative skills remained undiminished even in his old age.

The print is displayed along with another sheet from the same series in album format. The album, into which over 100 Kunisada prints were pasted, was donated to the Museum by the daughters of William Cleverly Alexander (1840-1916), the British industrialist who was a leading patron of James McNeill Whistler (1834-1903). Many prints in the collection have been kept in the album format, sometimes making it difficult to display individual prints. The current display thus offers a rare glimpse of an album assembled over 100 years ago. 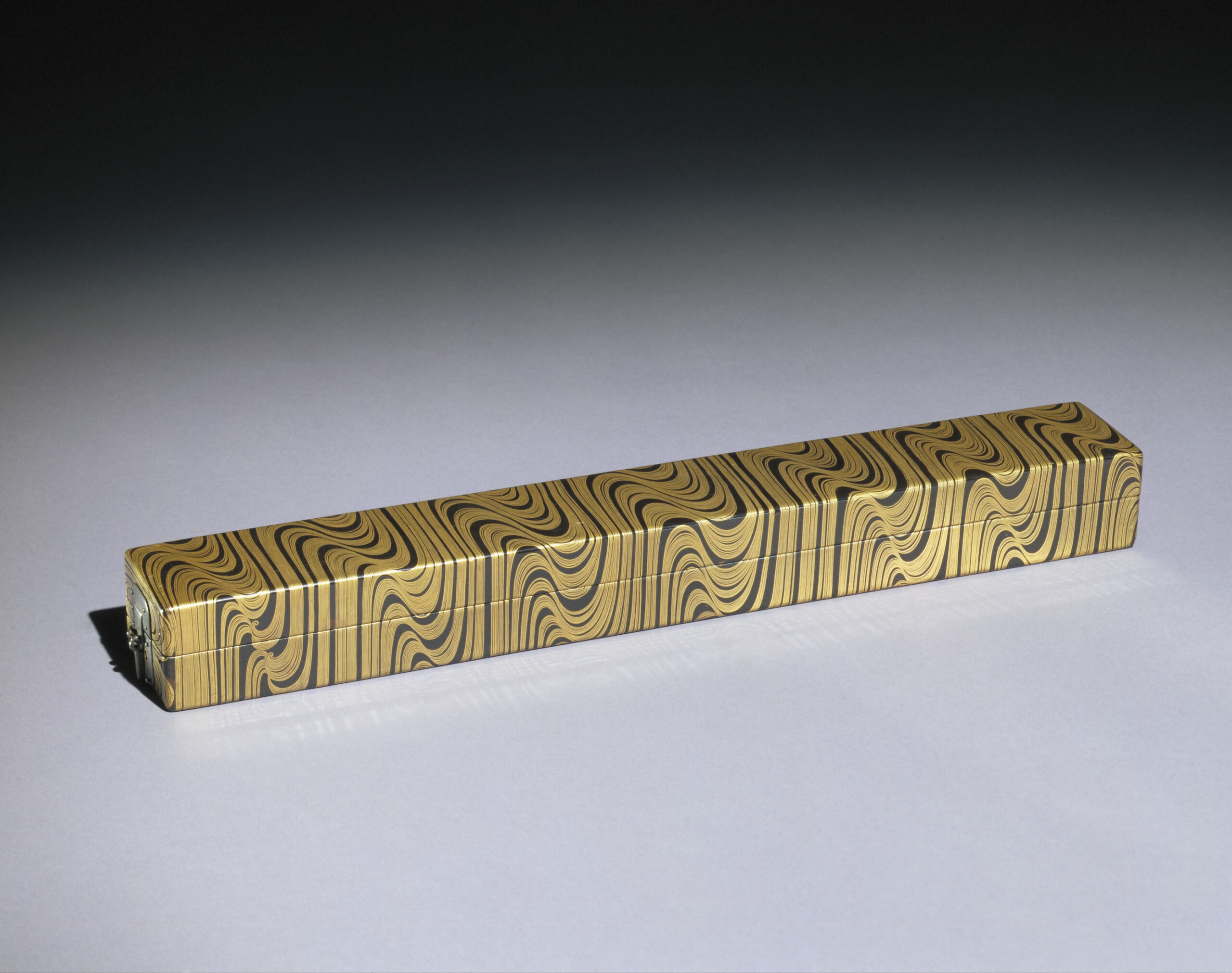 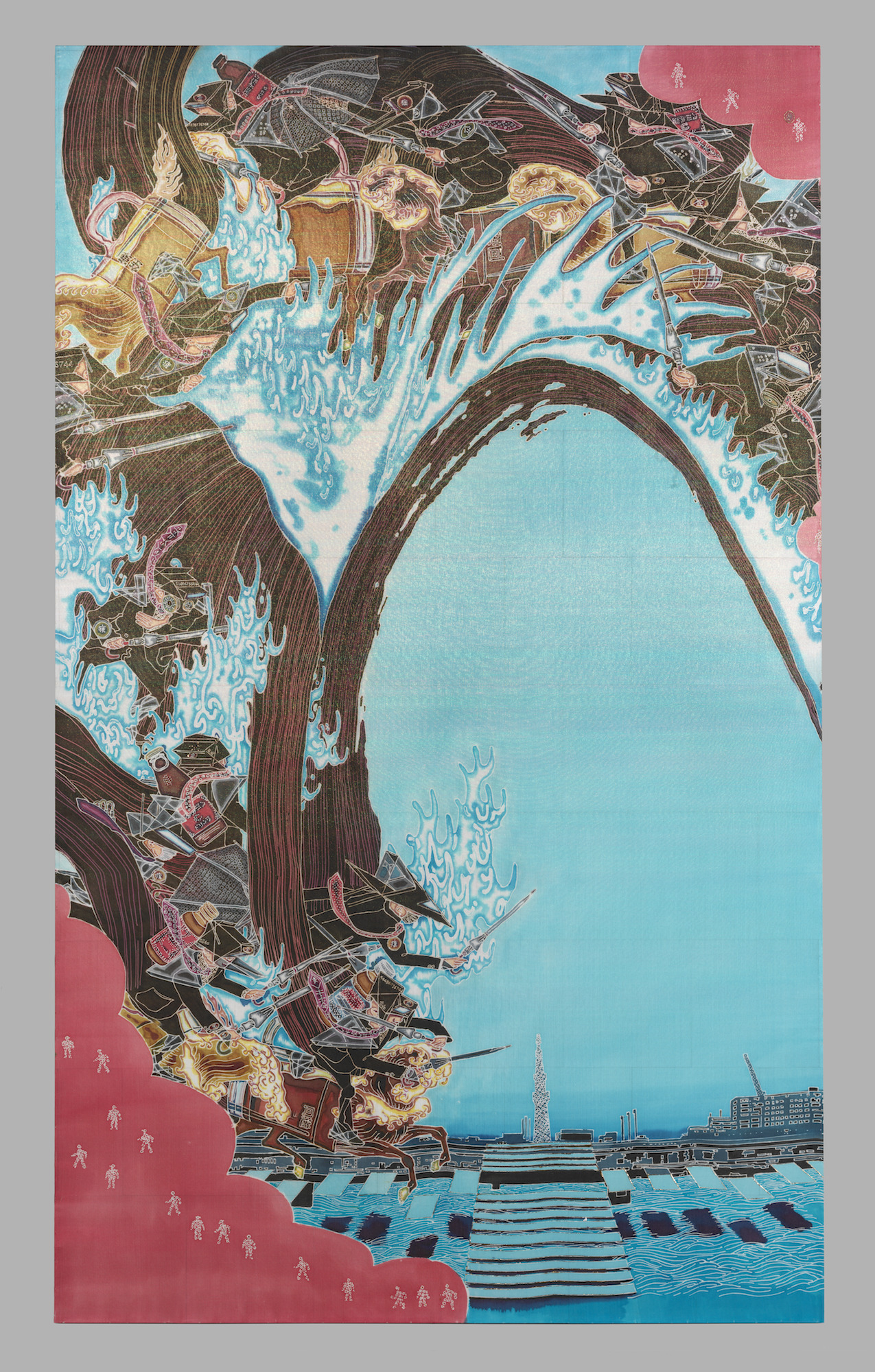 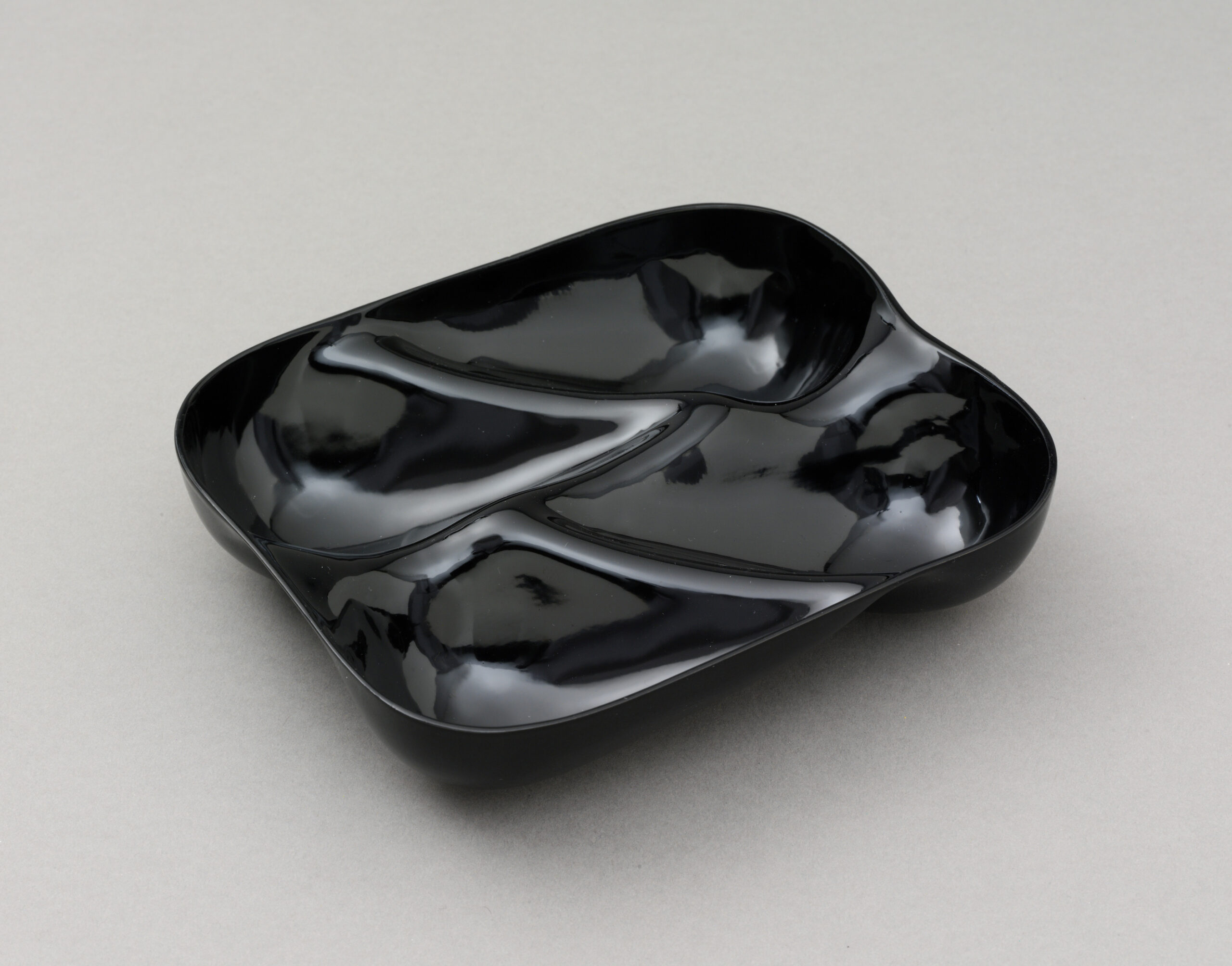 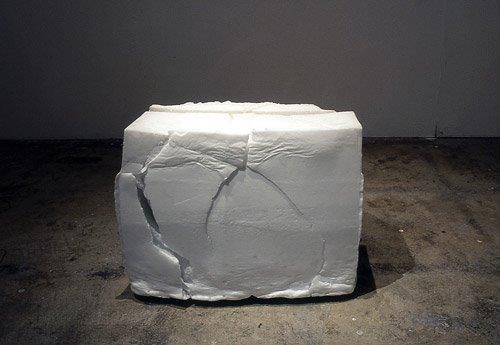 ‘Culmination’
Kо̄jiro Yoshiaki (born 1968)
Tokyo, Japan
2014
Glass with foaming agent, kiln-formed and slumped
H.22.5cm x W.33cm x D.32cm
Purchased thanks to the generosity of The Friends of the V&A 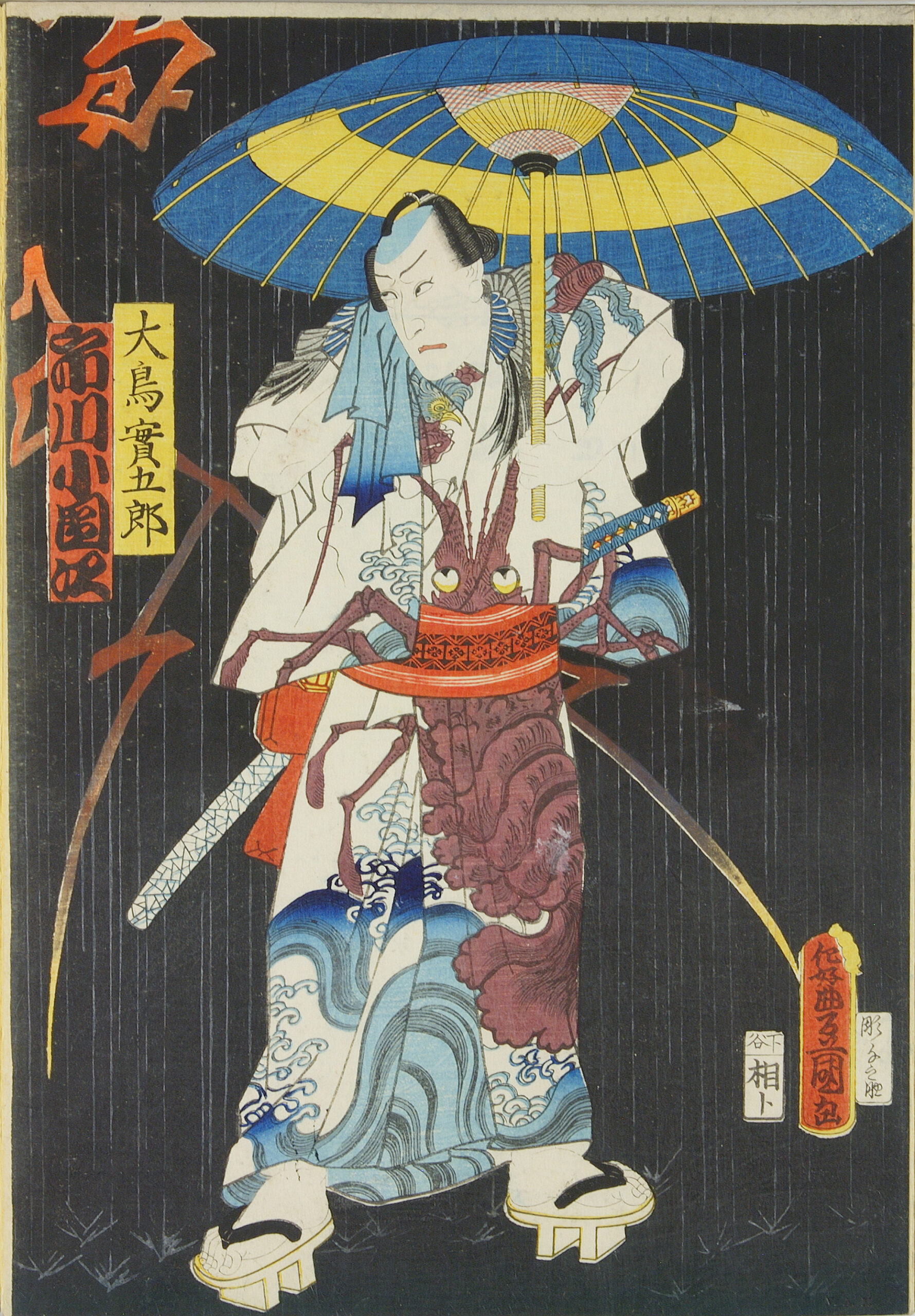