Our team of expert writers takes an independent and objective view to bring you the stories that matter. Their knowledge and understanding ensure that you enjoy entertaining and insightful articles that will help you make better buying and business decisions.

The weekly newspaper is complemented by a constantly updated website, an email service, plus apps for iPad, iPhone, Android and Windows devices. Founded in 1925 and published monthly, Apollo is one of the world’s oldest and most respected magazines on the visual arts. It covers everything from antiquities to contemporary work, as well as providing in-depth discussion of the latest art news and debates; exclusive interviews with the world’s greatest collectors and artists; expert information on the market, authoritative guidance on collecting, and reviews and previews of exhibitions worldwide.

Keep on top of the latest art news, reviews and opinion with their free daily blogs. Their website provides up to date commentary on the most important issues affecting the art world today, along with the latest exhibition reviews and guides to major art fairs and events around the world.

Arts of Asia, founded in 1970, is the world’s leading fine magazine of Asian art. Published six times a year, it has the largest circulation of any Asian art magazine.

Artco started from publishing the magazines, and it was founded to introduce the humanistic essence and quality of art to the public’s life though the publications.

The Burlington Magazine is the world’s leading monthly publication devoted to the fine and decorative arts.

Launched in 1997, the newspaper keeps true to its original goal of offering a snapshot of what’s happening in the world of Asian and Islamic art.

Hali Magazine is an encyclopedic fully illustrated special-interest quarterly publication focusing on antique and modern textile art of the world.

Founded in 2007, Tendencias is the most influential international magazine in Spanish on art and collecting.

Marg is a quarterly Indian art magazine and a publisher of books on the arts, based in Mumbai.

Orientations is an authoritative source of information on the many and varied aspects of the arts of East and Southeast Asia, from the latest scholarly research to market analysis and current news.

The British Museum, in the Bloomsbury area of London, United Kingdom, is a public institution dedicated to human history, art and culture.

The Courtauld Institute of Art, commonly referred to as The Courtauld, is a self-governing college of the University of London specialising in the study of the history of art and conservation.

The Ashmolean is the University of Oxford’s museum of art and archaeology, founded in 1683.

The Victoria and Albert Museum in London is the world’s largest museum of applied and decorative arts and design, as well as sculpture, housing a permanent collection of over 2.27 million objects. 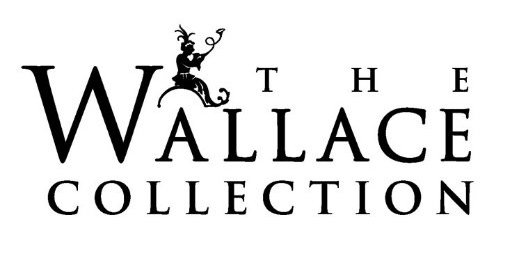 The Wallace Collection is a museum in London occupying Hertford House in Manchester Square, the former townhouse of the Seymour family, Marquesses of Hertford. It is named after Sir Richard Wallace, who built the extensive collection, along with the Marquesses of Hertford, in the 18th and 19th centuries.

The British Library is the national library of the United Kingdom and the largest library in the world by number of items catalogued. It is estimated to contain 170–200 million-plus items from many countries.

The Fitzwilliam Museum is the art and antiquities museum of the University of Cambridge. It is located on Trumpington Street opposite Fitzwilliam Street in central Cambridge.