I have chosen these pieces for the presentation at the Asian Art in London because of several reasons.

The wonderful pieces of the handwork and crafts of Chinese Imperial masters are unique not only for the Hermitage but for the world. They are from the historical collections of the Hermitage and can serve as the etalons for the dating and attributions.

I have chosen this magnificent floor screen for the presentation at the Asian Art Week in London because this is a real masterpiece of the Qianlong period (1736-1795) as I suggest created for the interiors of one of the Imperial Palaces in the Forbidden City. The piece of Imperial beautiful furniture was kept for a long time in the storages of the museum, and was not known to the public. It’s important to bring it out of the oblivion as the screen has survived through 250 years of the harsh history and now has been restored to its’ original glory in the furniture restoration department of the Hermitage. The present floor screen is exceptional in its workmanship, technical complexity, large format, and variety of the materials and reflects the Chinese Imperial style and taste of the 18thcentury.

The floor screen is very big: the height of the masterpiece is 198 cm, the width of the stand is 91 cm, its’ depth is 50 cm. It could have been placed at the door entrance or at the back of the matching throne – to protect the man from winds and evil spirits.

The object is made of zitan – beautiful, heavy and dense dark colored timber that was restricted only for the use at the court. The front panel of the screen is decorated with the precious materials – yellow (Imperial color) skin of bamboo is used as a background and inlayed with the carved relief jade, nephrite, lapis-lazuli, agalmatolite (soapstone) and wood. The picture is sprinkled with gold speckles.

The screen is decorated on the both sides: with the picture and inscription and in this case they are echoing each other and it is difficult to say what side is averse and what is reverse: both are important.

One side of the screen is representing the landscape with “The Three Friends of Winter (–歲 寒三友 [sui han san yu]). That seems to be the main side as it is more lavishly decorated. The popular motive in the Chinese culture was used to express the joy for the awakening nature and life in spring. That combination of evergreen pine, quickly growing bamboo and blossoming leafless branches of plum [meihua] was the symbol of the strength, youth and longevity.

The other side is inlayed with the characters, the three characters of Imperial order can be seen in the upper right corner line, and next to them the six line Imperial poem is running expressing Qianlong happy mood while he can notice that the signs of spring and new life are reaching him. The poem was written in 1760s.

The frame and the stand carved with clouds are embellished with relief jade and soapstone details showing: the flying bats – homonym symbols of happiness [fu], stylized characters of longevity [shou] and ten thousand [wan] written as swastika. This combination promises 10 thousand years of happiness and longevity for the Emperor. The stand at the bottom has the front panel made in cloisonné enamels with flowers and leaf scrolls on the yellow ground.

In 1770s Emperor Gaozong (1711-1799) already started to think of the retirement from the throne. And he built the whole complex at the eastside of the Forbidden City planning to live there. The estate was called Sanyouxuan – the Palace of Worshipping the Three Friends of Winter. The rooms were decorated with many Three Friends images to call good luck upon the Emperor. The buildings were reconstructed in the last years and we can see the similar designed and same size pair of Three Friends screens there. But as the bases of the panels are made of glass both sides are reflecting the same image and there are no characters on them.

My suggestion is that the Hermitage screen was made for this palace.

Being transferred several times from one country and place to another, the piece had undergone several repairs, even in China. That can be seen, e.g., on the color and materials of the characters. The object is traced in St. Petersburg since 1910s. Surviving the revolutions, wars and the 900 days siege in 1940s through winters, cold and damp climate and with no heating, the piece was in poor condition when I took over as a curator. With the close efforts of the scientific research and fantastic restoration work now the floor screen is reconstructed and can be displayed in all its’ splendor. 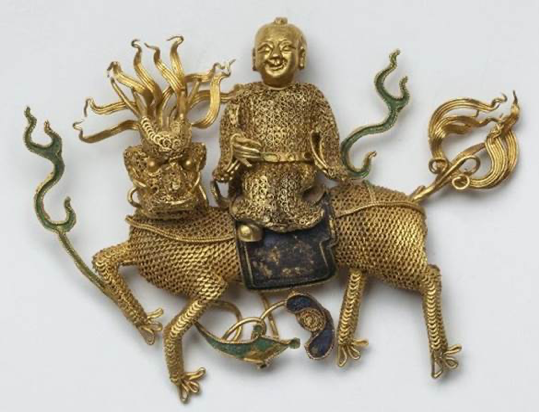 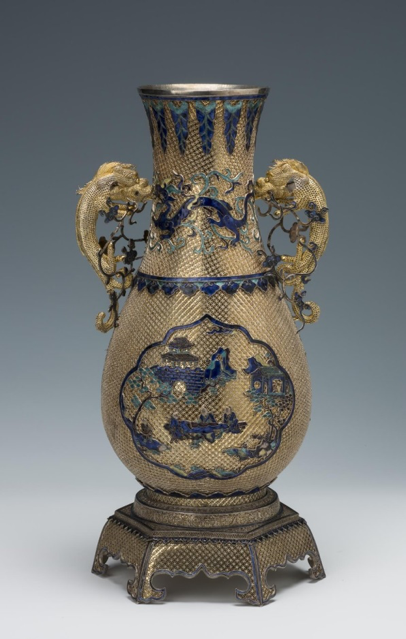 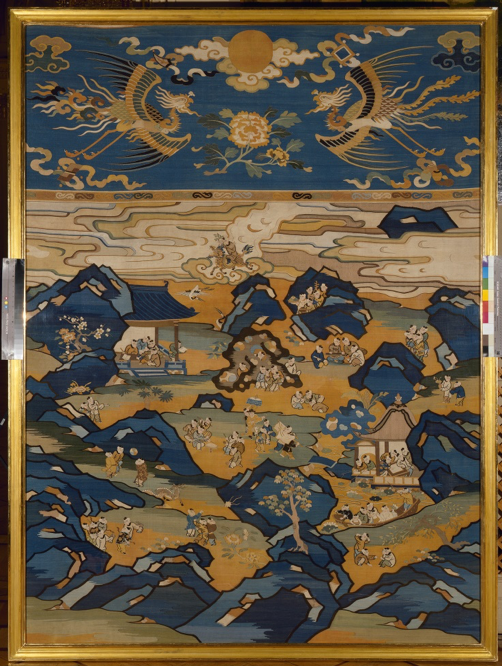 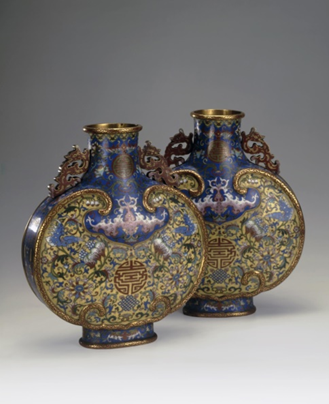 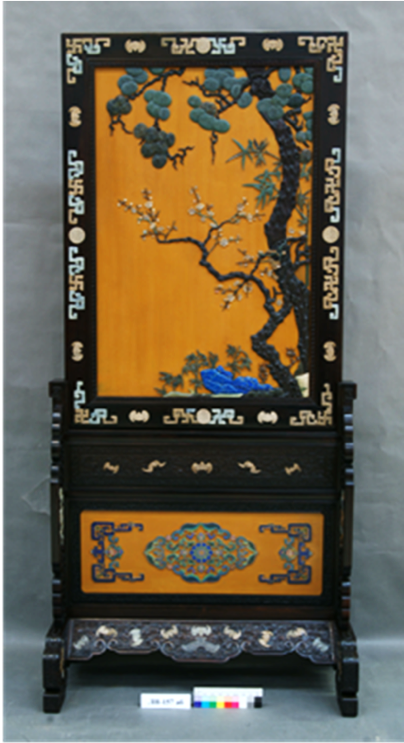 Imperial Chinese Floor Screen of 1760-70s in the © Hermitage collection