Jessica Harrison-Hall is Head of the China Section and Curator of Chinese Ceramics (including the Sir Percival David Collection) and Chinese Decorative Arts at the British Museum. Although she is responsible for collections that date from the Neolithic to the present day, her research interests are primarily in the material culture of the Ming and Qing dynasties and in China’s global relationships. She writes for general and specialist audiences China: A History in Objects, published by Thames and Hudson in 2017, explores 6,000 years of Chinese culture. Currently she is working on an Arts and Humanities Research Council project investigating cultural creativity in China’s long 19th century with London University which will result in an exhibition and books in 2023.

I have chosen five porcelain representations of female figures of the Ming and Qing periods each with a unique flaw. They are all on display at the British Museum in Gallery 95. We hope very much that you will come and seek them there.

Guanyin crossing the ocean on a mythical beast

Sir Percival David purchased this figure of the Bodhisattva Guanyin just 10 months after the end of the Second World War, on 25 June 1946. He paid £105 to the London-based dealers Bluett & Sons. Bluett & Sons had acquired it from the Sotheby’s sale of the Charles E. Russell (died 1960) collection. Both domestic and foreign customers bought such figures. Some were exported from the late 16th or early 17th century onwards and this one may have been in a private European collection since then.

Porcelain made in the reign of the Emperor Wanli (1573-1620), a contemporary of England’s Queen Elizabeth I (1533-1603), is often overlooked by connoisseurs who prefer finer and earlier imperial wares. There is no denying that this figure is flawed. Kiln workers mined an inferior source of clay at Jingdezhen, China’s porcelain capital, in the 16thcentury, which resulted in porcelains that tend to have tiny chips where the glaze is thin, such as the folds of Guanyin’s robes.

However, for me it is the calm, confident expression of Guanyin, the Goddess of Mercy, that is so attractive. She is there as a beacon of hope to guide people through life’s stormy waters. Her bare feet are placed gracefully on the head of the sea creature, between its antlers, and the two little fish (a homophone for the word “abundant”) appear to whisper into the creature’s ears.

Guanyin’s costume fuses Chinese and Western imagery – she holds a string of Buddhist rosary beads, but wears a Western-style Mantilla over her high-piled hair, like a Christian Madonna image. The long robe, cloud collar and sash of plum blossom flowers are entirely Chinese. The bamboo on the back of the figure is a Confucian symbol of steadfastness, as it bends but does not buckle, representing the importance of adapting to circumstances but maintaining integrity no matter what life brings. 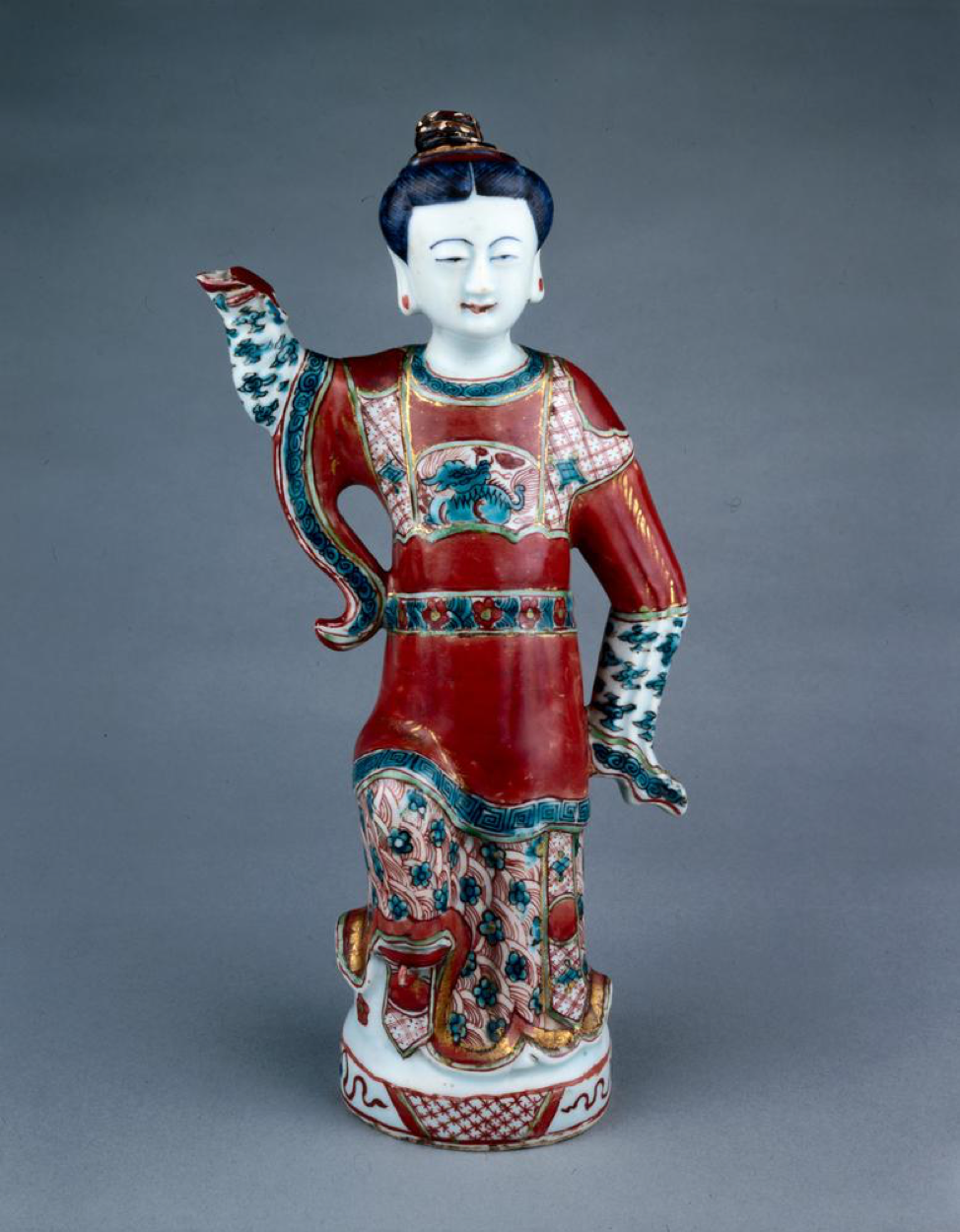 Sir Percival David Collection PDF.704 © Courtesy of the Trustees of the British Museum 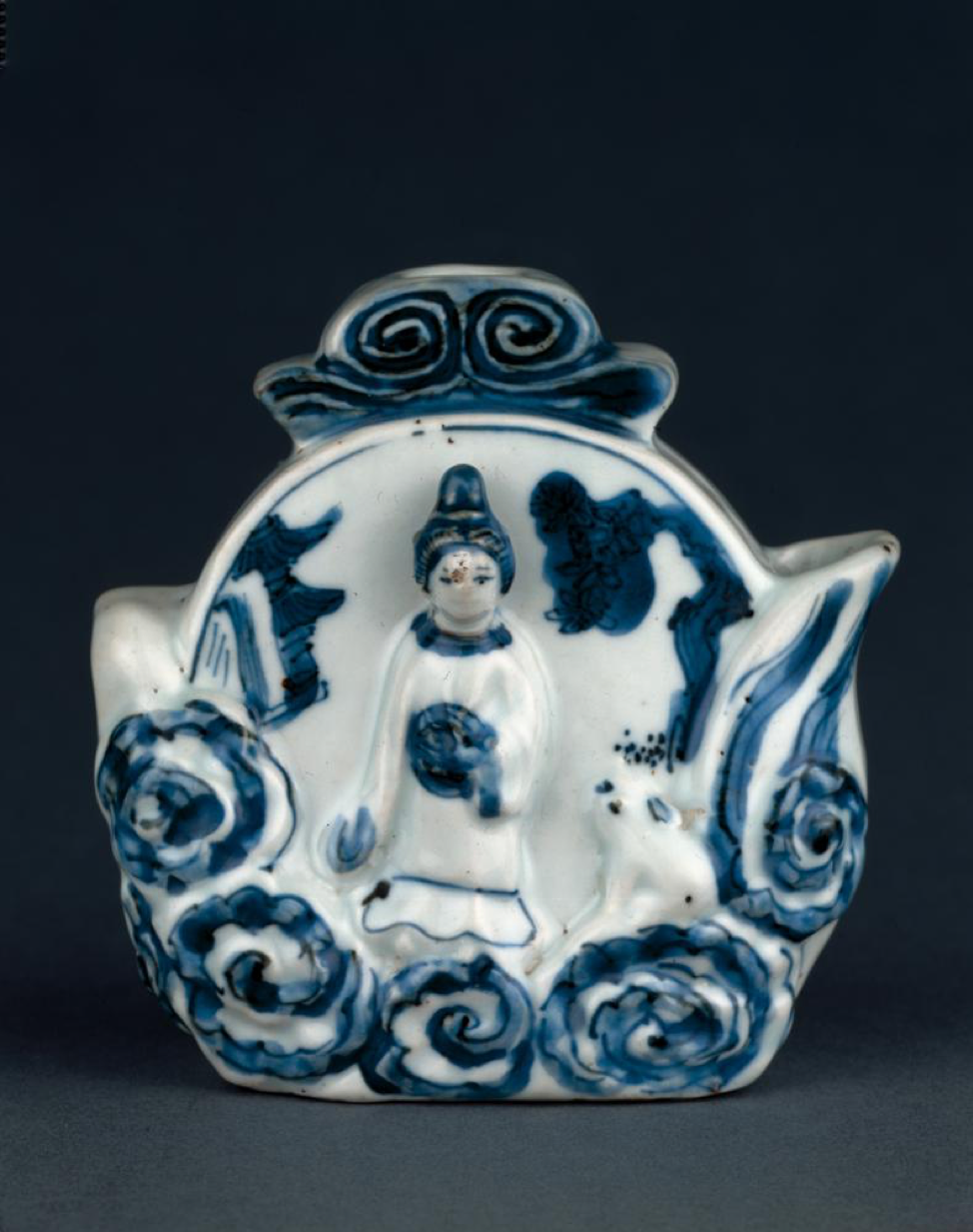 Sir Percival David Collection, PDF,B.676 © Courtesy of the Trustees of the British Museum 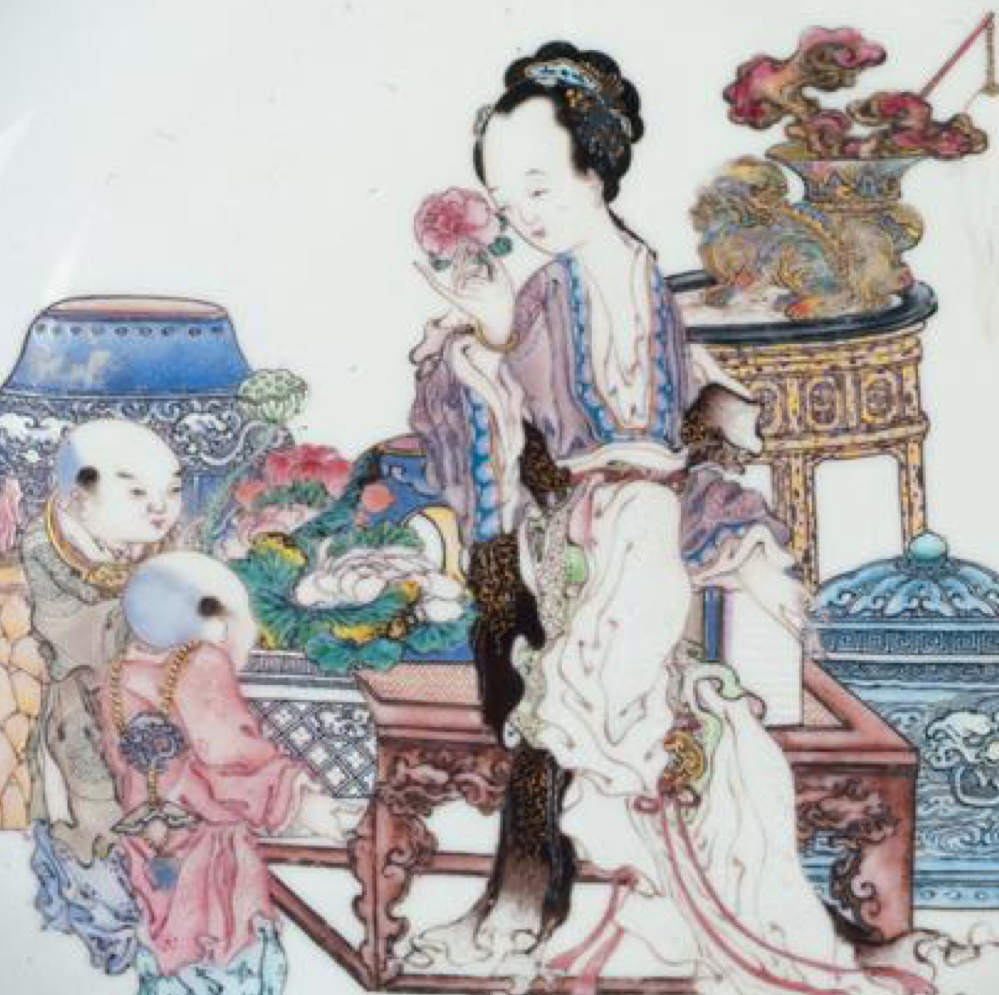 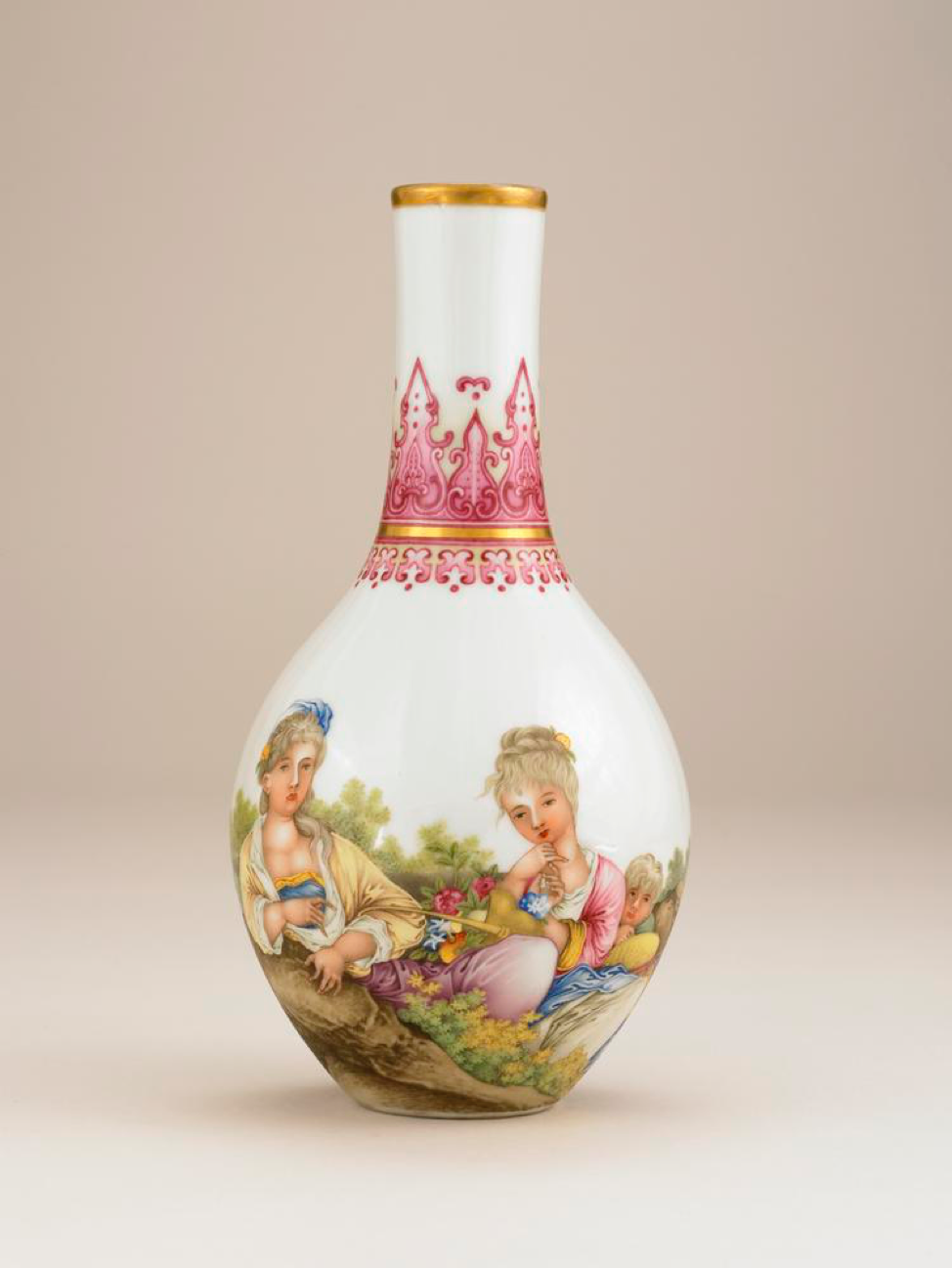 PDF A.818 © Courtesy of the Trustees of the British Museum 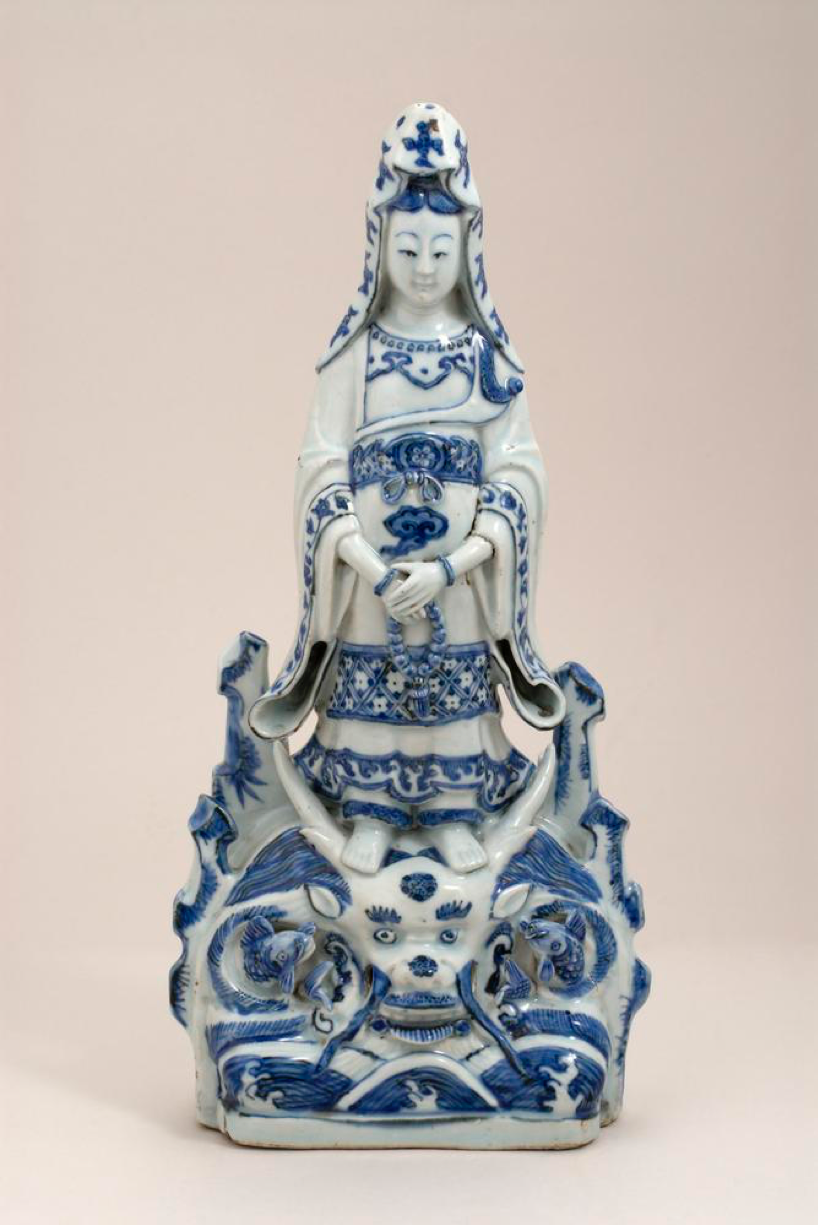 Sir Percival David Collection. PDF A 631 © Courtesy of the Trustees of the British Museum