Francesca Leoni has been Assistant Keeper and Curator of Islamic Art at the Ashmolean Museum of Art and Archaeology, University of Oxford since 2011. After an undergraduate degree in Middle Eastern Studies (Istituto Universitario Orientale, Napoli), she went on to do a PhD at Princeton University with a dissertation on the Shahnama, the Persian Book of Kings. While being responsible for a diverse collection and working on a range of media, her primary areas of expertise are illustrated and illuminated manuscripts from the Persianate world and metalwork. She also has a keen interest in modern and contemporary Middle Eastern art, which she has collected since 2008 in previous curatorial roles. Her publications reflect her interests and include, most recently, Power and Protection: Islamic Art and the Supernatural(Oxford, 2016), accompanying the homonymous exhibition at the Ashmolean, Aegean Treasures: Greek Island Embroideries from the Ashmolean Museum (London, 2021), and a contribution to the forthcoming volume Ali Kazim: Suspended in Time edited by Mallica Kumbera Landrus (Oxford, 2022).

As someone trained in pre-modern Islamic art, my encounter with modern and contemporary Middle Eastern art only occurred during my formative years as a curator. In the early 2000s few museums were collecting the work of artists from the region and opportunities for exhibitions of these wide-ranging traditions and practitioners were few and far apart. Imagine my surprise when I took on my current role in Oxford in 2011 and discovered that amongst the holdings of the Ashmolean Museum was also a small group of works by Arab modernists including Ali Omar Ermes, Widjan Ali, Ahmed Moustafa, and Michel, Alfred and Yousef Basbous. Mostly obtained as gifts by the artists themselves between the 1980s and 1990s, these works do not yet have a dedicated permanent space in the museum, even though they provide the ground for resuming the collecting of art from the region beyond the “Islamic” canon.

The four sculptures by the Basbous brothers presented here are the most striking and interesting of these modernist works, capturing both the originality of each individual artist and their creative synergy. Michel was the first to embark on formal art training at the Lebanese Academy of Fine Arts in 1945 and to travel and work abroad, especially in France, before returning to Lebanon to establish an art village in his native town of Rachana. One of the first Lebanese art festivals were held here in the 1950s, attracting not only visual artists but also actors and musicians. Alfred built on Michel’s vision with the launch of an international sculpture atelier in 1994 which was designed as a place for Arab and international artists to create and exchange ideas. Known as the “Rachana International Sculpture Symposium”, this site became Lebanon’s first open-air museum and led to the recognition of Rachana as a UNESCO cultural heritage site in 1997.

The ability to transcend locality dominates the work of all three brothers. Their interest in the human form as well as abstraction evolves in three different directions amplified by the choice of medium. The work of Michel, in particular, as exemplified by the taurine block illustrated here strides ancient and modern, capturing his continuous experimentation with natural and abstract forms in search for “the most beautiful line”. 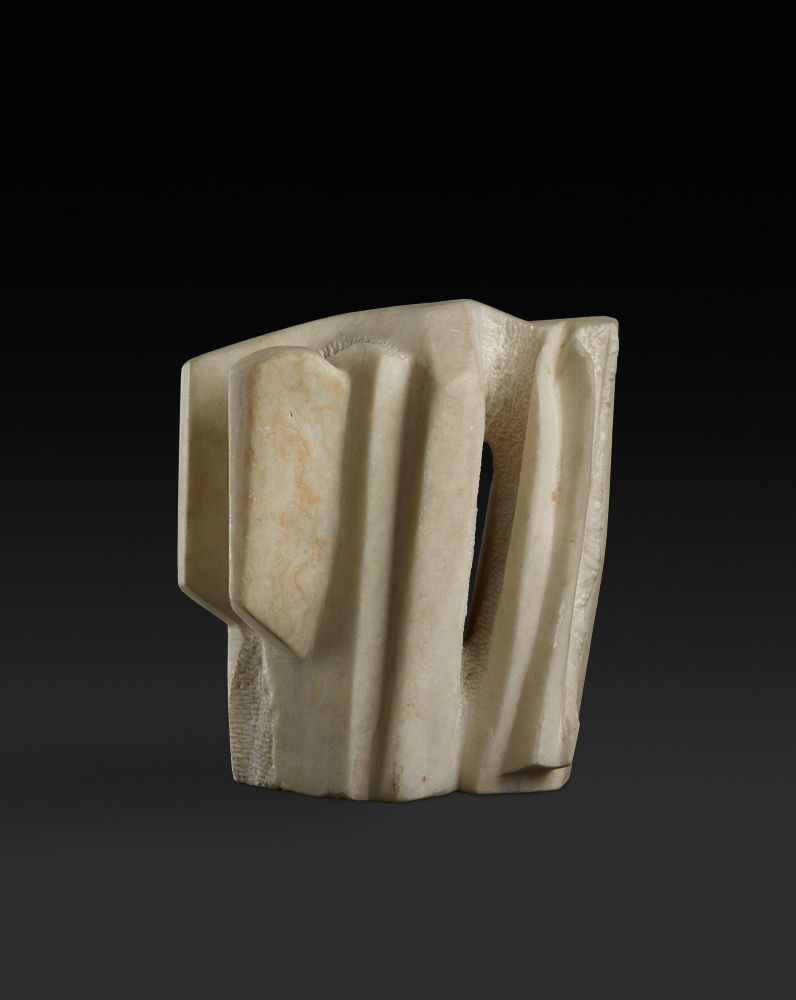 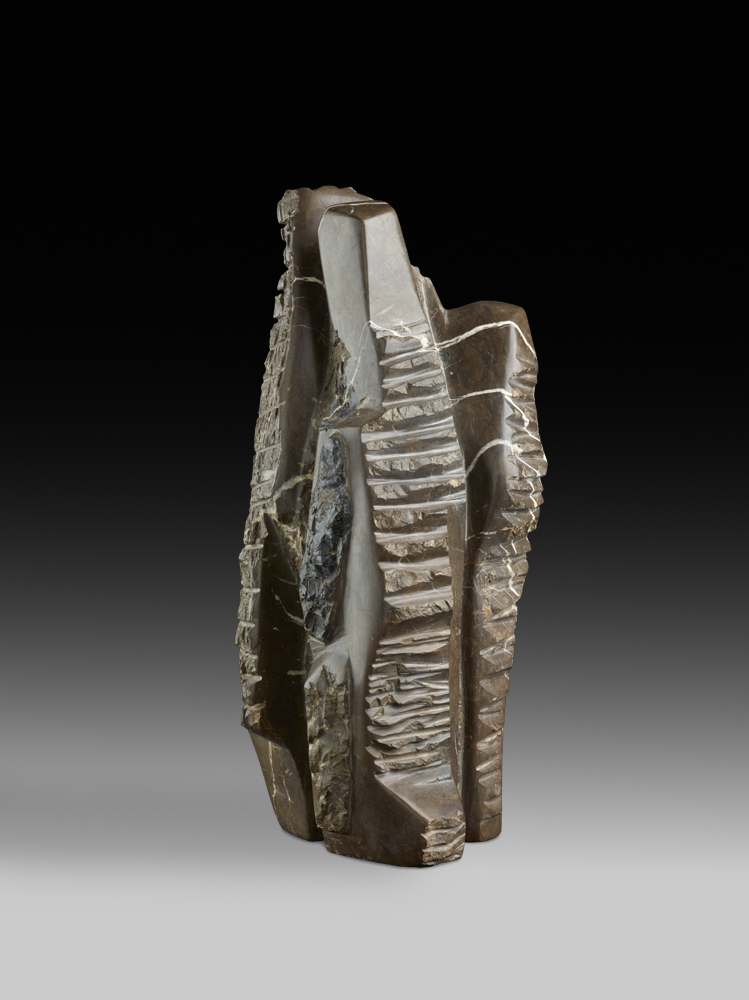 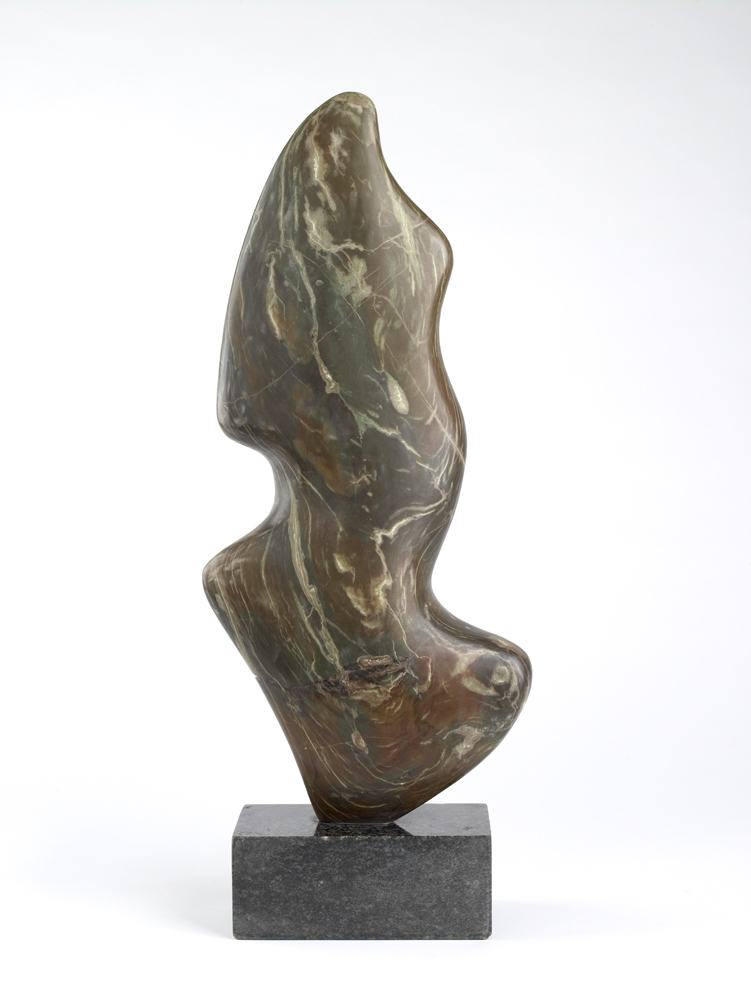