Clarissa von Spee brings more than a decade of museum experience to the CMA. From 2008 until 2016, von Spee served as curator of the Chinese and Central Asian Collections, Department of Asia, at the British Museum in London. She organized exhibitions including The Printed Image in China from the 8th to the 21st Centuries (2010); Modern Chinese Ink Paintings (2012); and Gems of Chinese Painting: A Voyage along the Yangzi River (2014).

In 2013, von Spee became a Fellow of the China Center of Visual Studies at the China Academy of Art in Hangzhou, China. Previously, she was assistant professor at the Institute for East Asian Art History, Heidelberg University, and curator at the Museum für Ostasiatische Kunst in Cologne.

Dr. von Spee received her PhD from Heidelberg University, having also studied in Taipei, Shanghai, and Paris. In 2016 she was awarded a Leverhulme Research Fellowship to conduct research on the art of the Jiangnan region of China.

This rare silver cup is dated, inscribed, and impressed with a seal attributing it to the famous silversmith Zhu Bishan. Shaped like a hollow log, the cup can be filled through its upturned tip. An inscription on its back alludes to the historic second century BC explorer Zhang Qian. According to legend when he was floating down the Yellow river he lost his way and eventually found himself drifting in the Milky Way, where he met with the Weaving Maid. The figure in the raft cup, in fact, holds a tablet labeled ji shi (几石) “loom-supporting stone” a token of his encounter with the Weaving Maid.  Formerly in the collection of Sir Percival David, this raft cup is a ‘celebrity’ in that it has been exhibited in the Burlington Fine Arts Club in London in 1915, and in the Royal Academy of Arts in 1935-36. After having entered the collection of the Cleveland Museum of Art, the raft cup featured in Chinese Art Under the Mongols: The Yuan Dynasty (1279-1368) in 1968 in Cleveland and in Circa 1492: Art in the Age of Exploration in the National Gallery of Art in 1991-92. 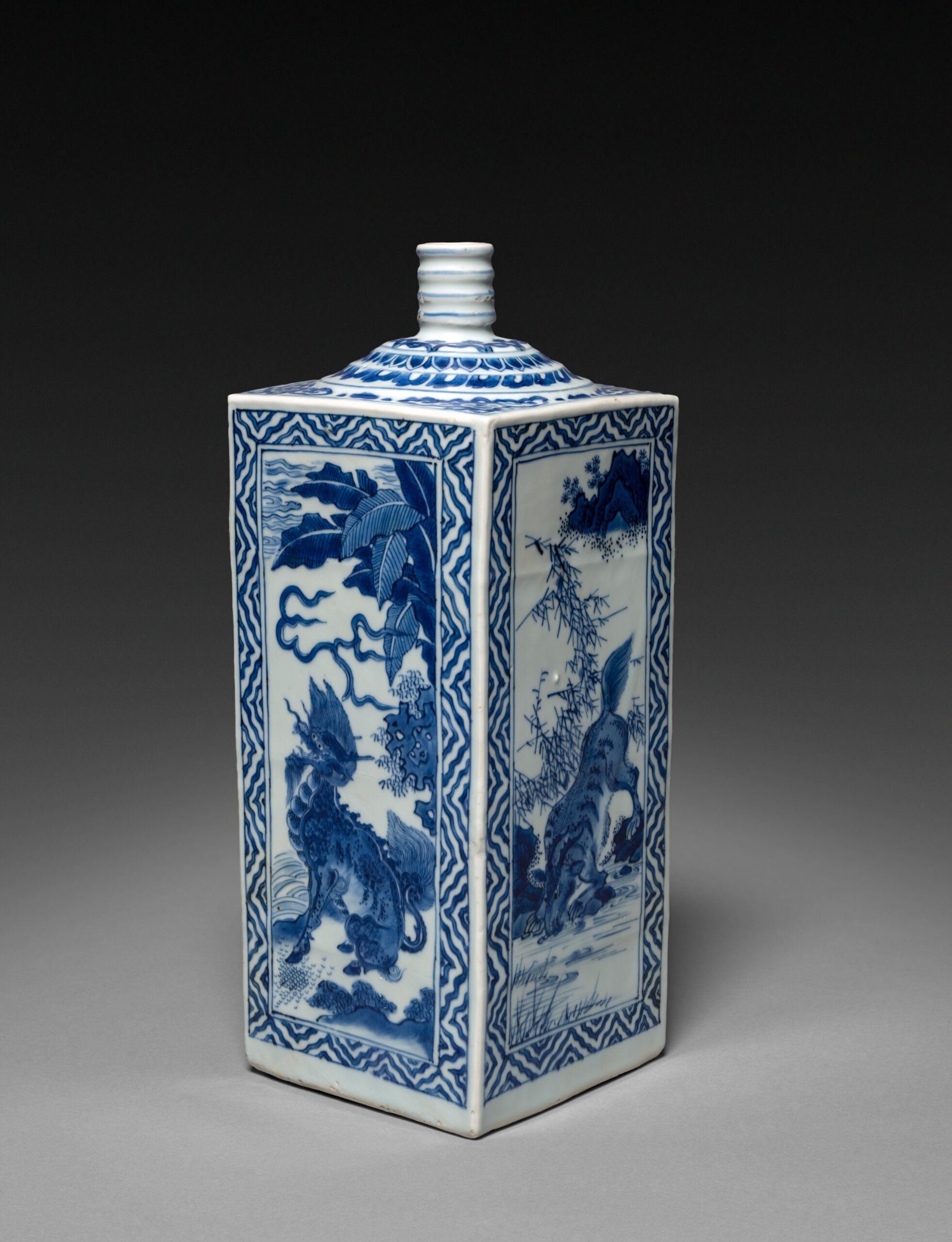 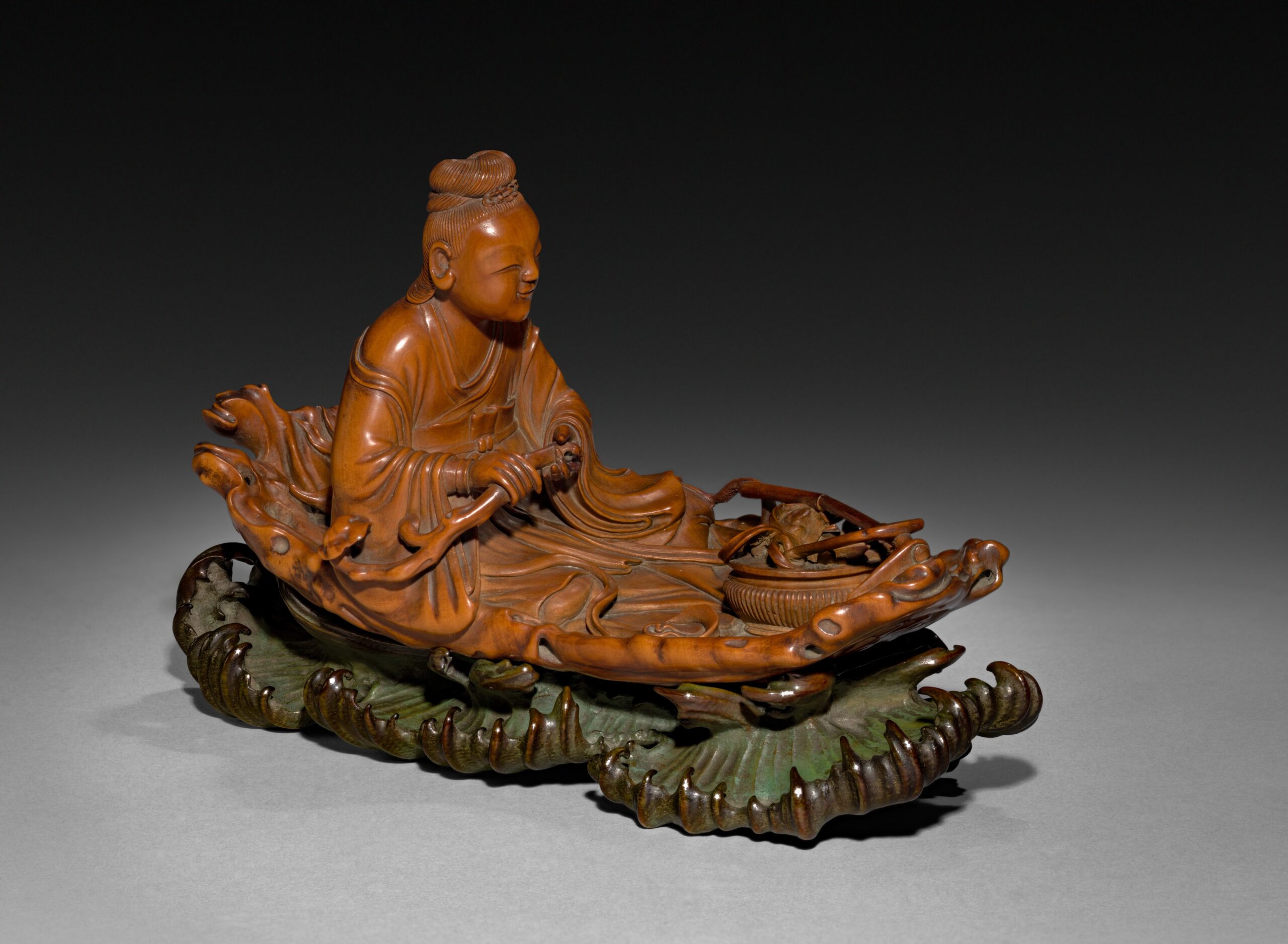 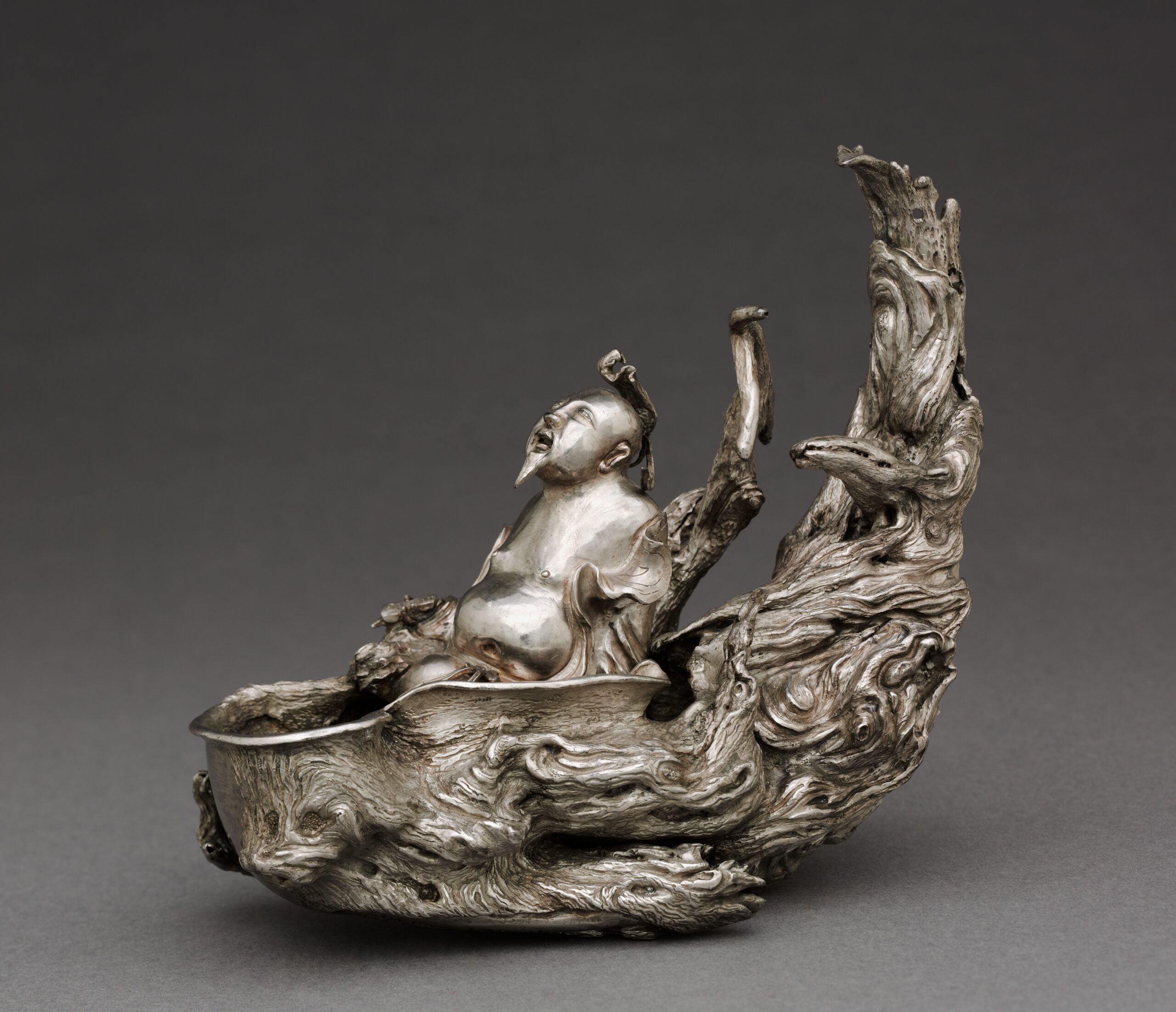