Arthur Bijl is the current Assistant Curator of Ottoman, Middle Eastern and Asian Arms and Armour at the Wallace Collection, having joined the museum in 2019. He received degrees in Arabic and Persian Painting from the University of Oxford and the Courtauld Institute of Art and has previously worked for Sotheby’s and Christie’s.

This exceptionally fine sword is one of my favourite objects in the Wallace Collection. While blades, hilts and scabbards were happily interchanged throughout Indian history, we are confident that this sword is fully “original” – how it is today is how it was conceived by the swordsmith Muhammad Baqir Mashhadi.

A sword like this defies easy explanation. Catalogued as Indian since the nineteenth century, such an attribution does not tell the whole story. No other Indian swords of this form exist, bar three others by the same swordsmith and dedicated to one patron: the Mughal vizier Safdar Jang. Although definitive proof is elusive, it is tempting to believe that our sword also belonged to Safdar Jang. Details on the sword are reflective of Safdar Jang’s position. For example, scenes on the painted scabbard and the enamelled quillon block are thought to tell fables on the roles of kings and vizier, and the sword’s typically Iranian form may have appealed to the vizier who hailed from Nishapur.

Regardless of the identity of the commissioner of this sword, it is a masterpiece of eighteenth-century craftsmanship. Its blade is of the finest watered steel and its grip is adorned with rare walrus ivory with large diamonds set into its spine. But for me the true star of the show is the enamelwork, which bridges the gap between those of the Mughal court in its heyday and the best nineteenth-century work of Varanasi and Lucknow, cities ruled by Safdar Jang’s descendants. 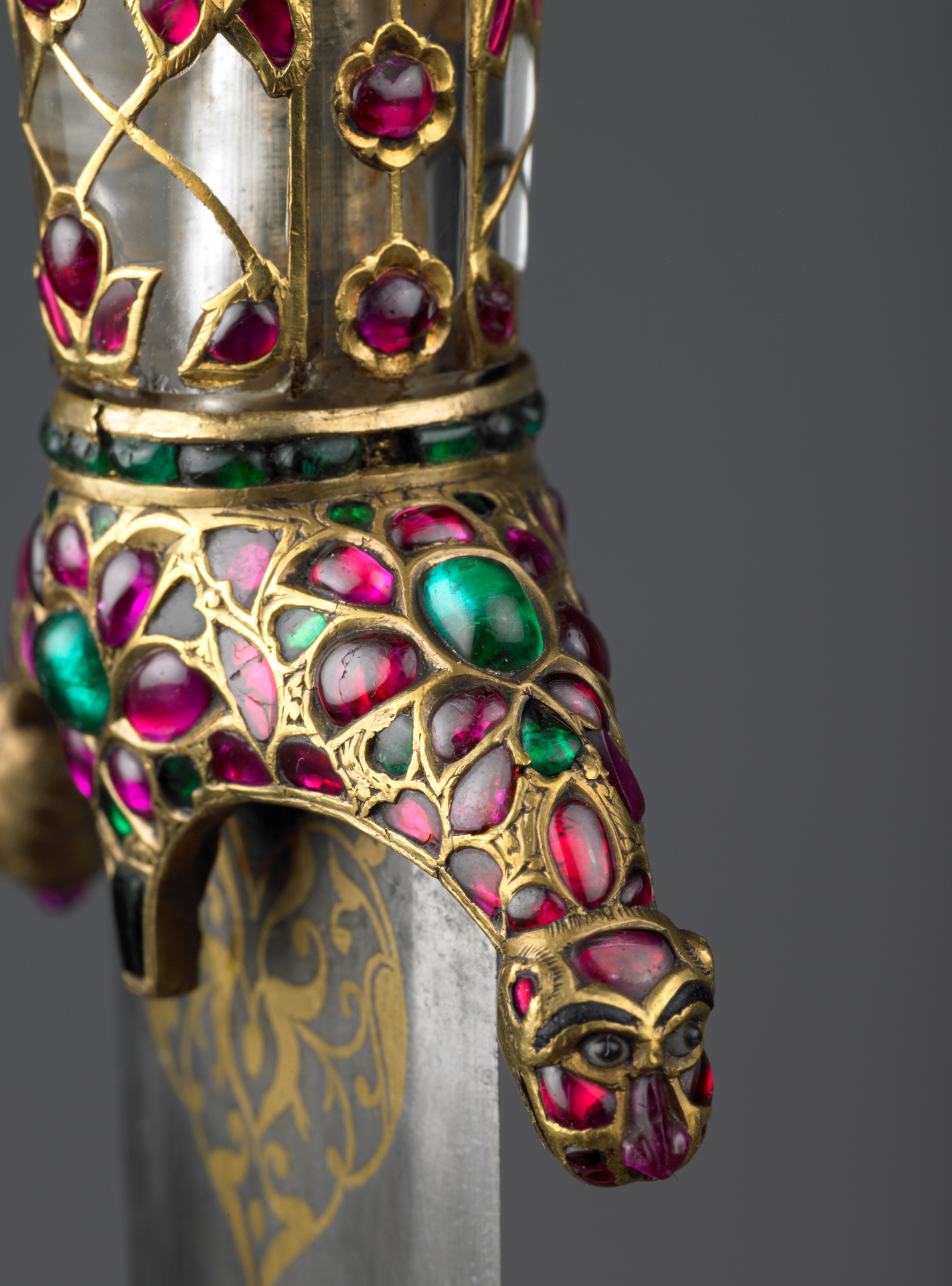 Dagger,
North India,
c. 1620-40,
Image courtesy of the Trustees of the Wallace Collection 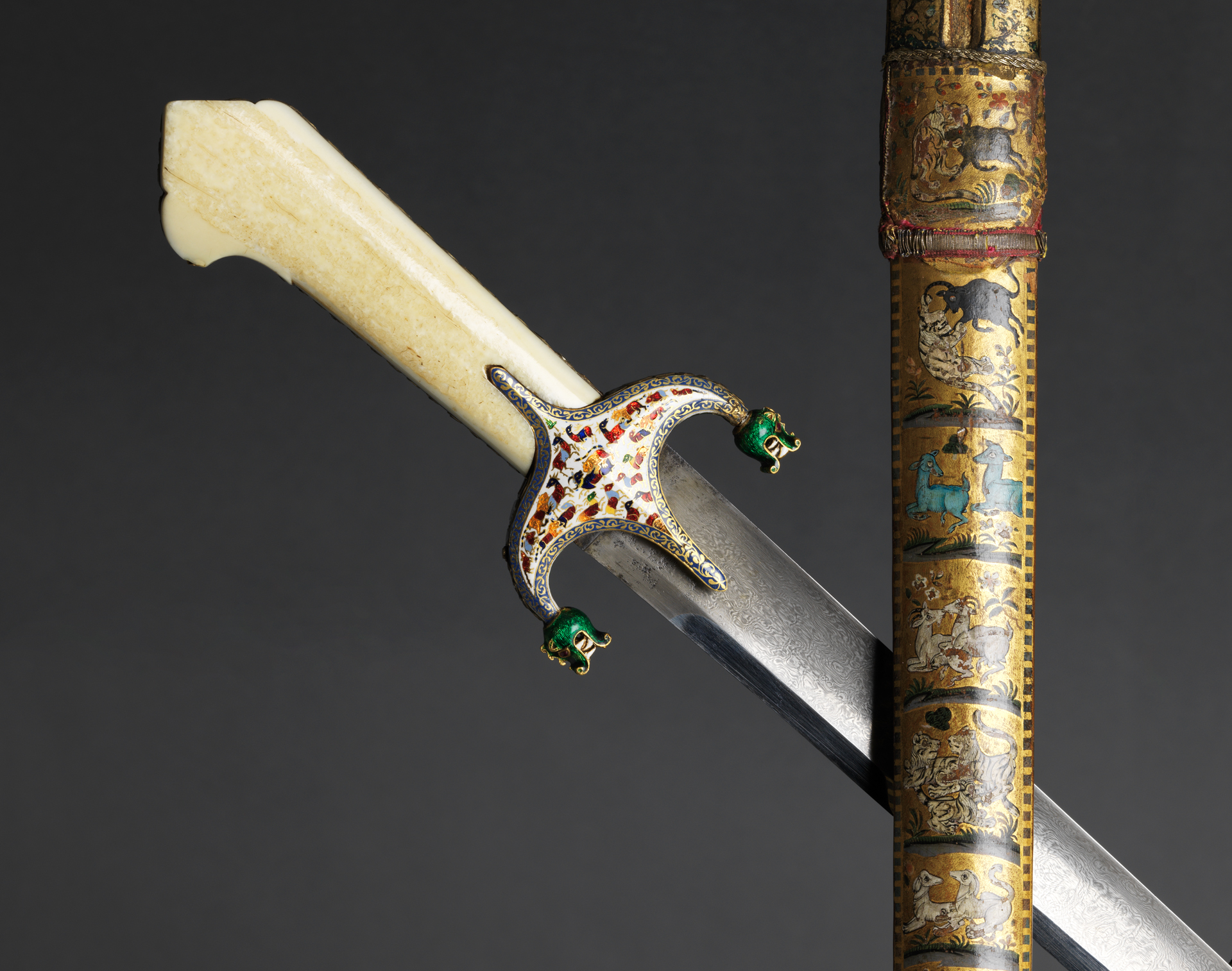 Sword and scabbard,
Probably Delhi,
1748-53,
Image courtesy of the Trustees of the Wallace Collection 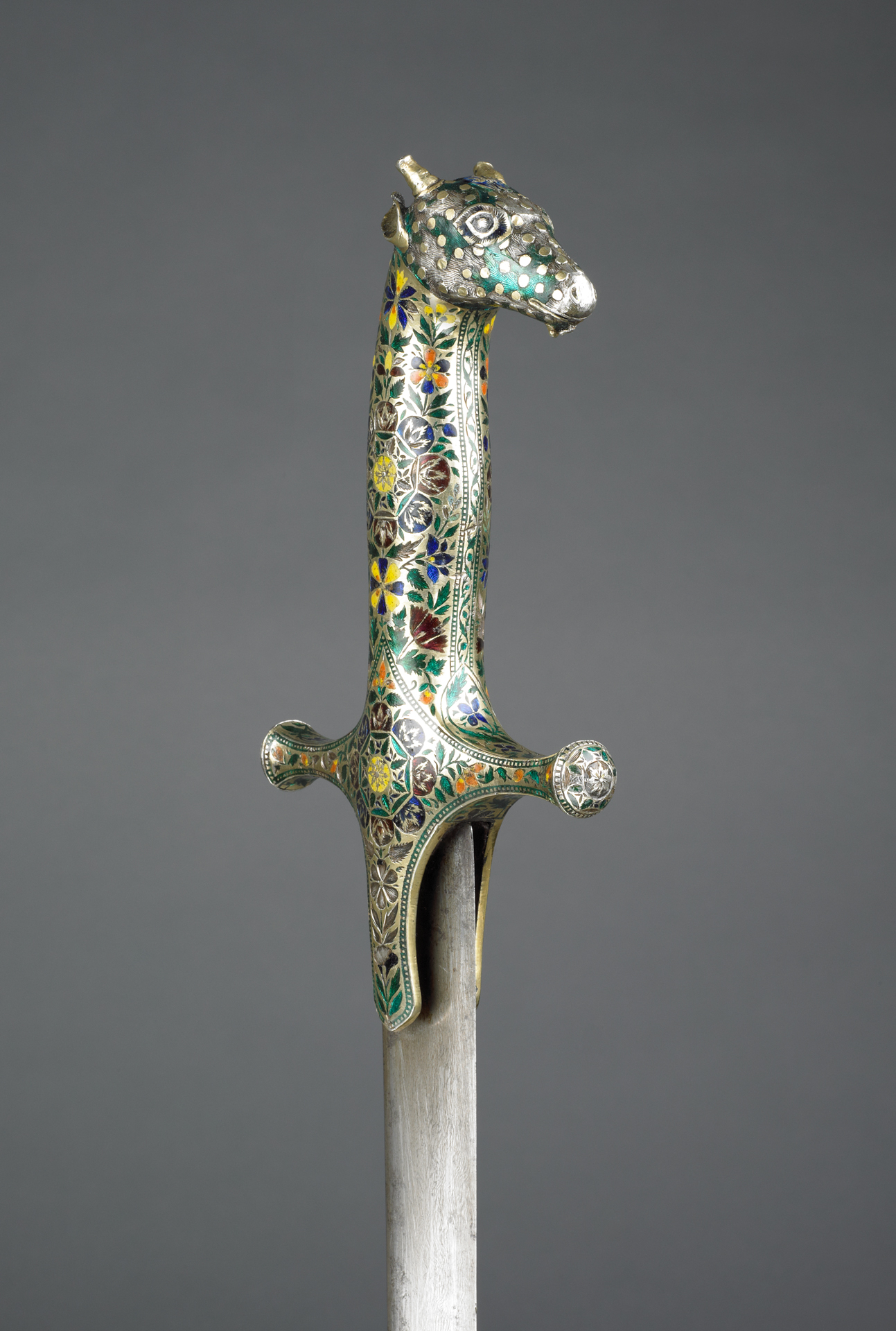 Sword hilt in the form of a nilgai,
Probably Lucknow,
First half 19th century,
Image courtesy of the Trustees of the Wallace Collection