Amy Raphael is Project Curator of Japanese Ceramics at Bristol Museum & Art Gallery where she is researching and cataloguing a large collection of Japanese ceramics donated to the museum in 2012 by the collector, Irene Finch (1918-2019). Amy graduated from SOAS, University of London, with an MA in History of Art/Archaeology of East Asia and specialises in Japanese art.

Bristol Museum & Art Gallery has a fantastic collection of Japanese art and I have been spoilt for choice. The objects I have selected have a tongue-in-cheek humour to them that is characteristic of the Edo period (1603-1868).

This blue and white porcelain dish is decorated with the design of a lobster beside two rice-measure crests (Japanese: mimasu mon), of the famous Ichikawa family of Kabuki actors.

The crests, paired together with a lobster, ‘ebi’ in Japanese, is a rebus and a pun on the name of the Kabuki actor Ichikawa Ebizō V (1797-1800), who was described as having the eyeballs of a fresh lobster from his characteristic wide-eyed performances.

Puns and wordplay are hugely popular in Japanese culture. Rebuses were widely used by artists during the Edo period as a cheeky way to circumvent the many edicts and restrictions imposed on them, such as the ban on depicting the names of courtesans or kabuki actors in woodblock prints.

The blue border pattern of this dish, its wavy rim, and the use of white slip to whiten the front surface indicate that this dish was produced at the Shida kilns. The Shida kilns, in present day Ureshino city, flourished during the Bakumatsu period (1853-1867). They produced affordable pieces that many people across Japan enjoyed. Many still exist within Japanese households today as heirloom pieces.

This dish is from a collection of Japanese porcelain that was given to Bristol Museum & Art Gallery by Irene Finch (1918-2019). We are currently working through the collection to make it accessible for display and study. 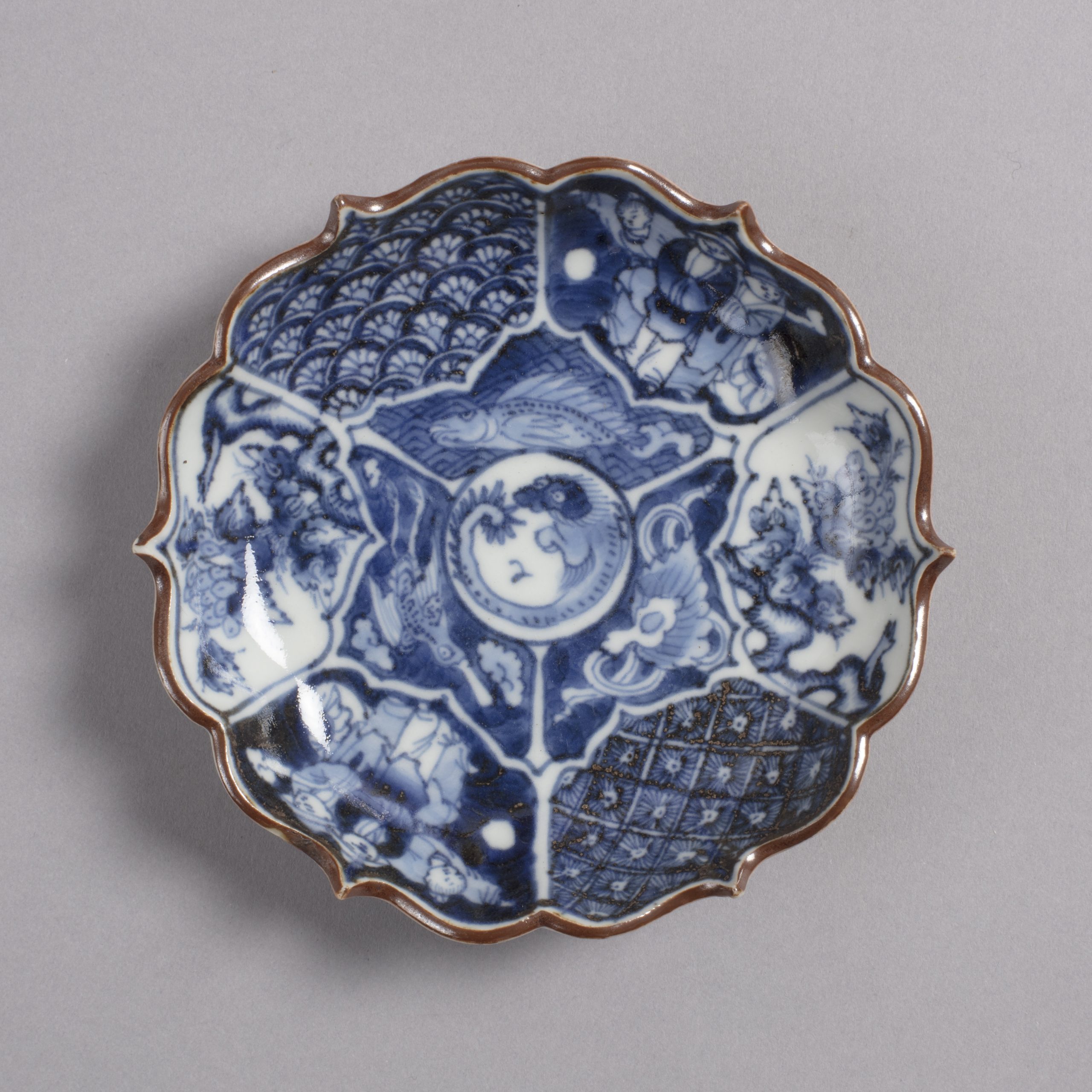 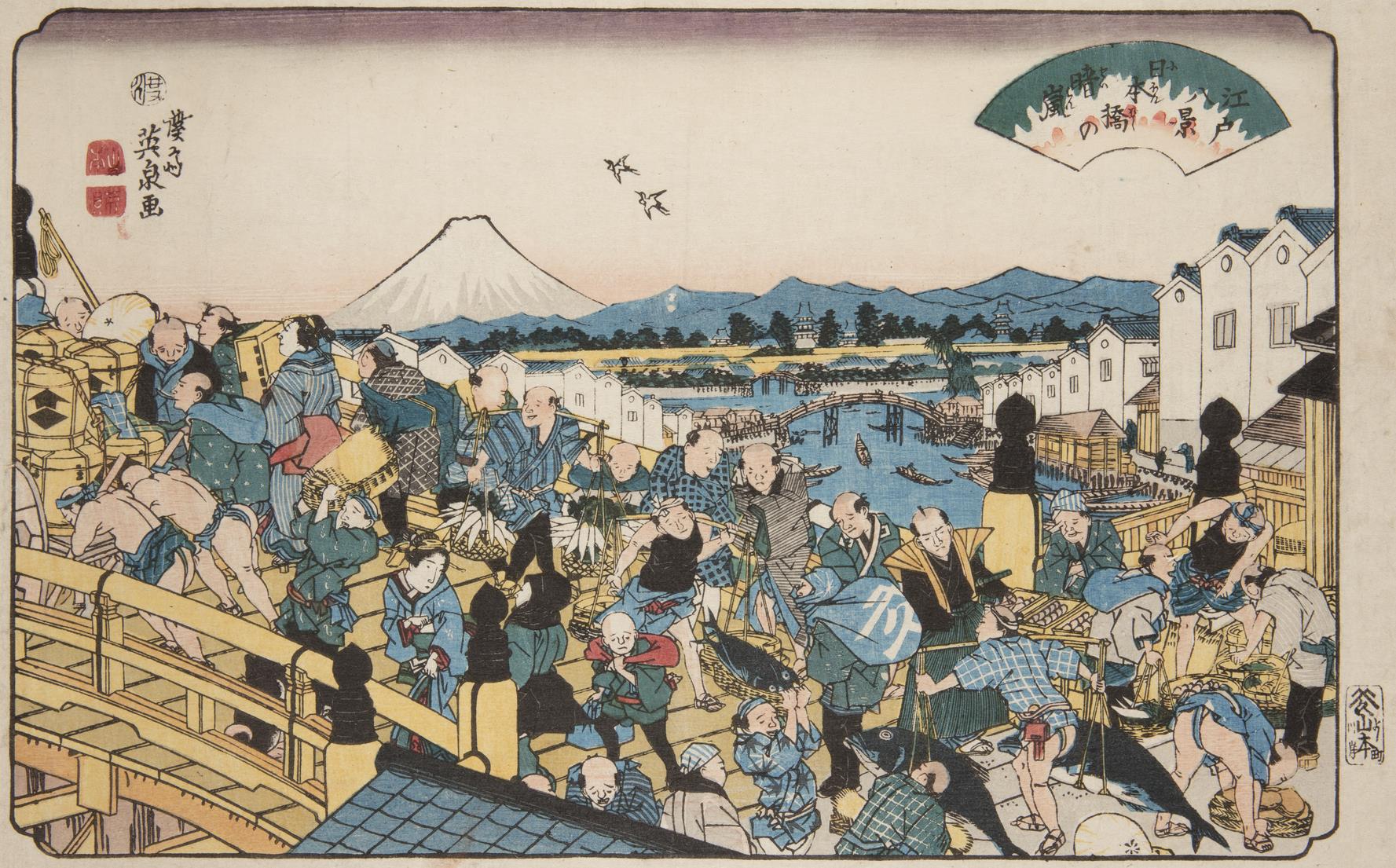 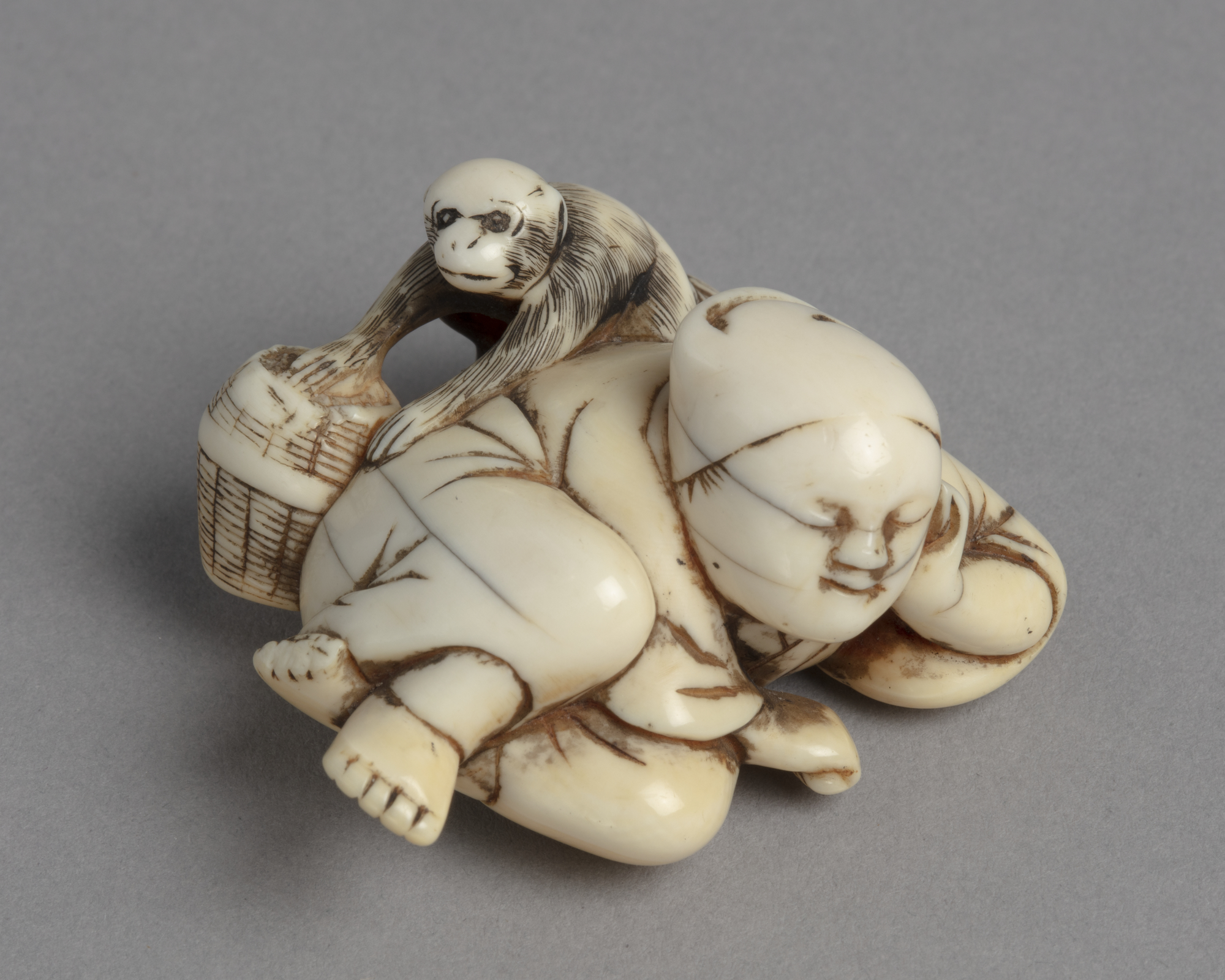 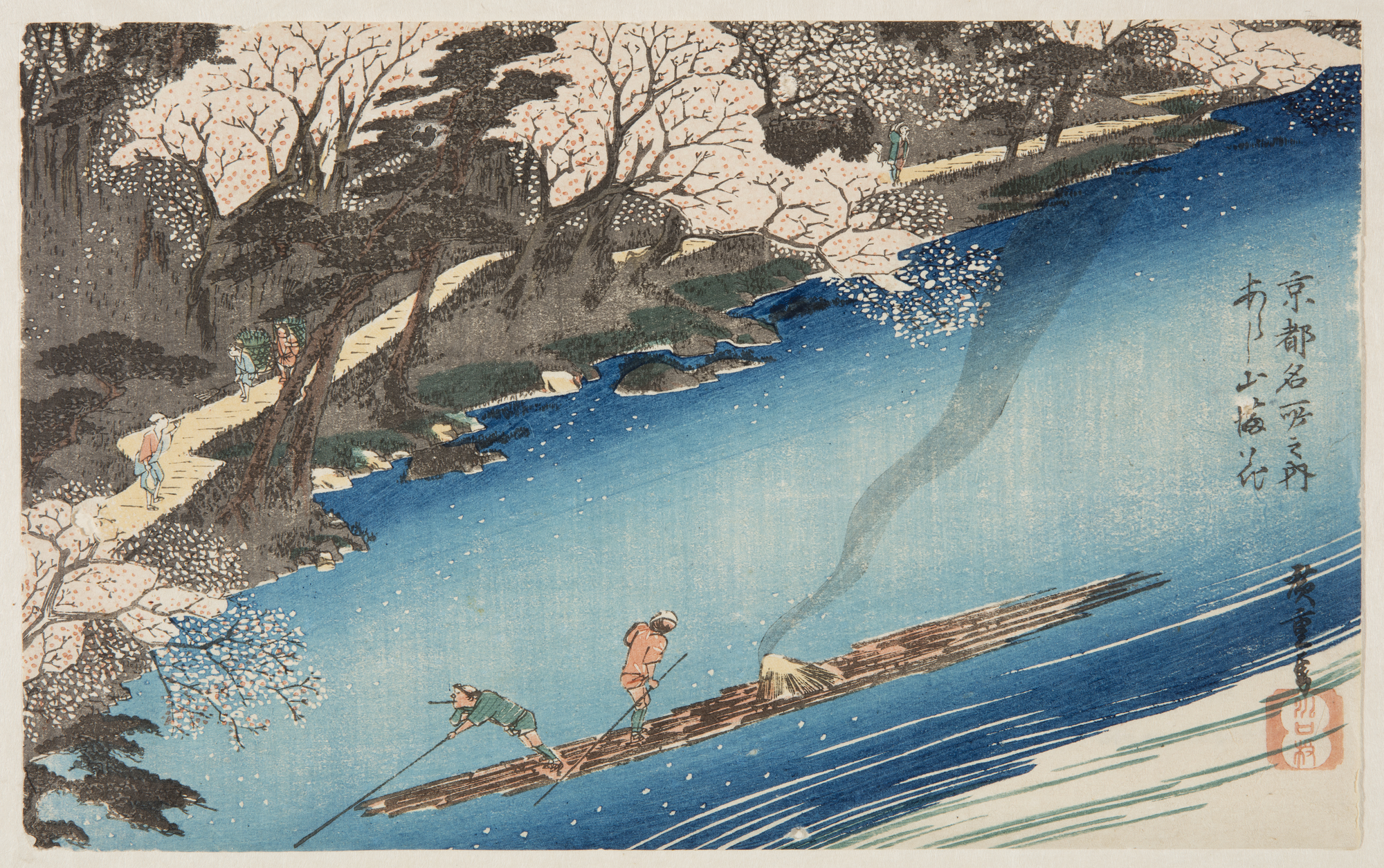 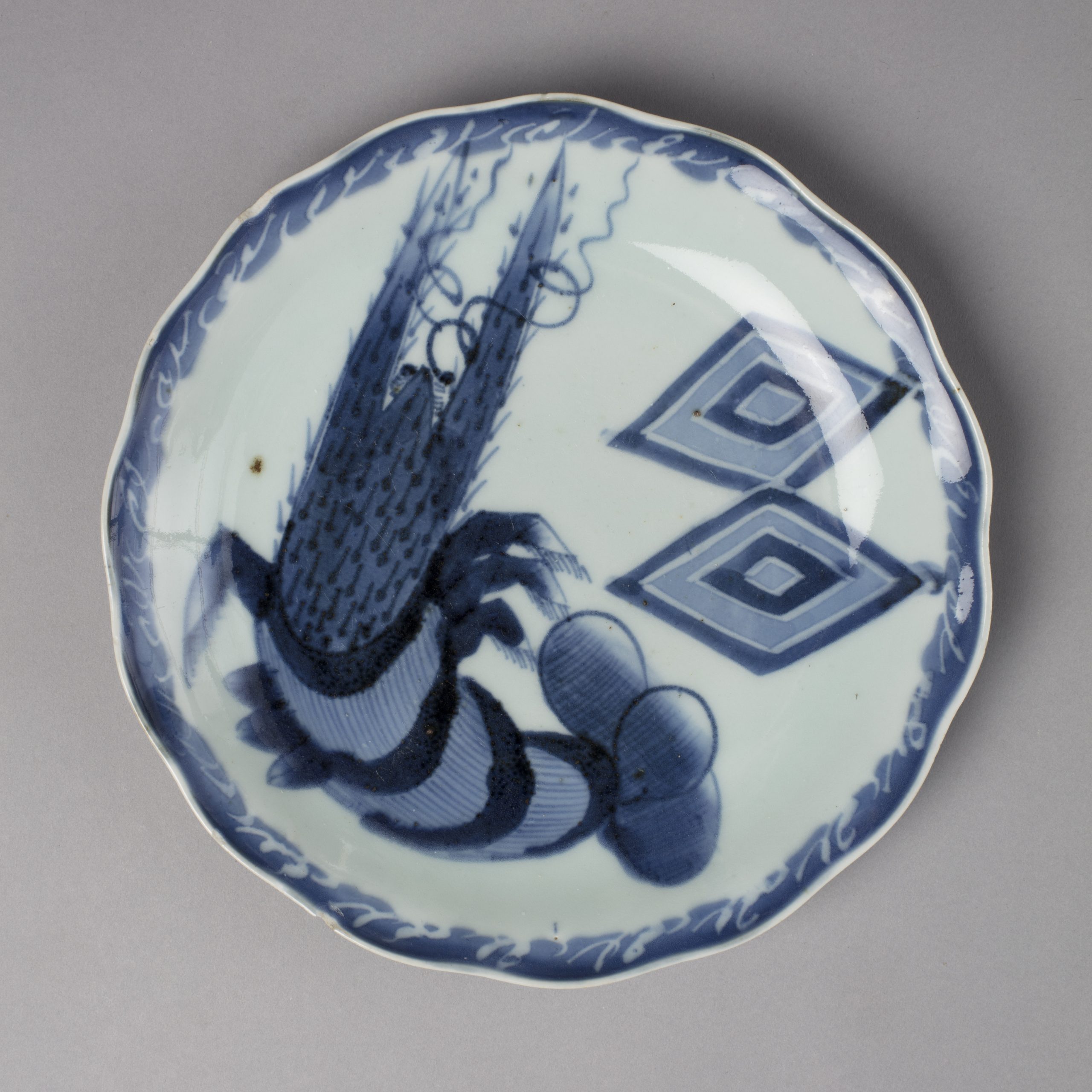