Ada de Wit is the Curator of Works of Art and Sculpture at the Wallace Collection, London.

The collection of Works of Art consists of exquisite objects, made mainly of metals, representing various cultures and periods. Among them is a small but important group of East Asian artefacts, collected by Sir Richard Wallace in the nineteenth century.

Before joining the museum, Ada worked freelance for museums and dealers in the Netherlands. She holds two MA degrees, one in art history and one in decorative arts and historic interiors.

These gold wine cups are my favourite works of art in the entire Wallace Collection, not only among our East Asian objects. They are tremendously important, made exclusively for the Qianlong Emperor, represent superb craftsmanship and their condition is excellent – they even retained the majority of the kingfisher feathers that were applied to the gold surface. The emperor used the Cup of Eternal Stability to drink herbal tusu wine during the Chinese New Year ceremony, held in the Forbidden City with the aim of ensuring the territorial integrity of the country.

The darker cup might have been the prototype, made in the fourth year of Qianlong’s reign. The model was adjusted according to the emperor’s wishes and two more cups were made a year later – including the second cup now in the Wallace Collection. Four cups are recorded in total: the other two are in the palace museums in Beijing and Taipei.

Sir Richard Wallace bought the two cups at an auction in Paris in 1872 for 25,200 francs. In the sale catalogue they are described as coming from the Summer Palace – the residence of the Chinese emperors that was destroyed by Anglo-French troops in 1860, during the Second Opium War. 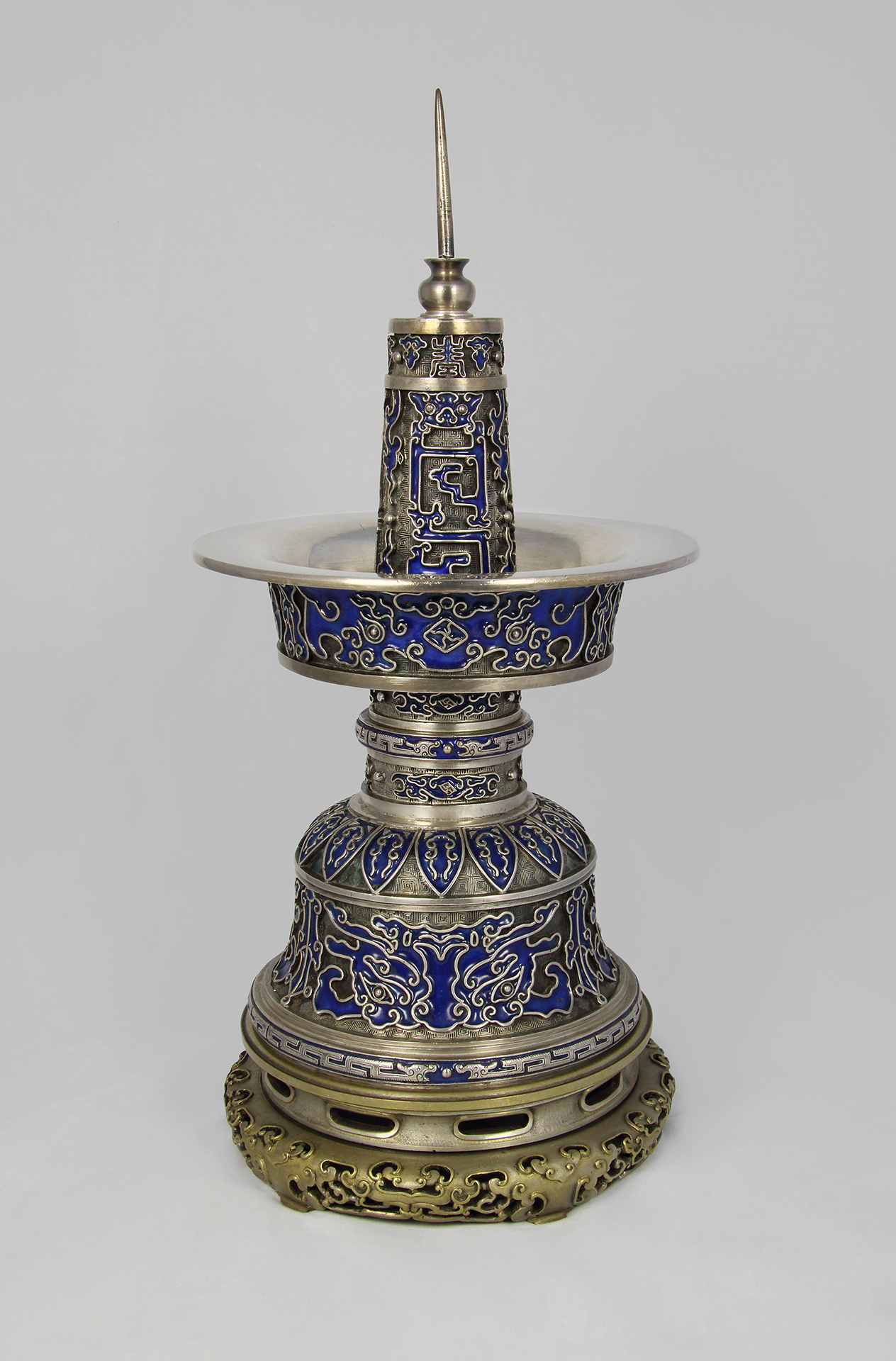 One of a pair of candlesticks,
China,
Qianlong period
Silver and enamel; on a copper alloy stand 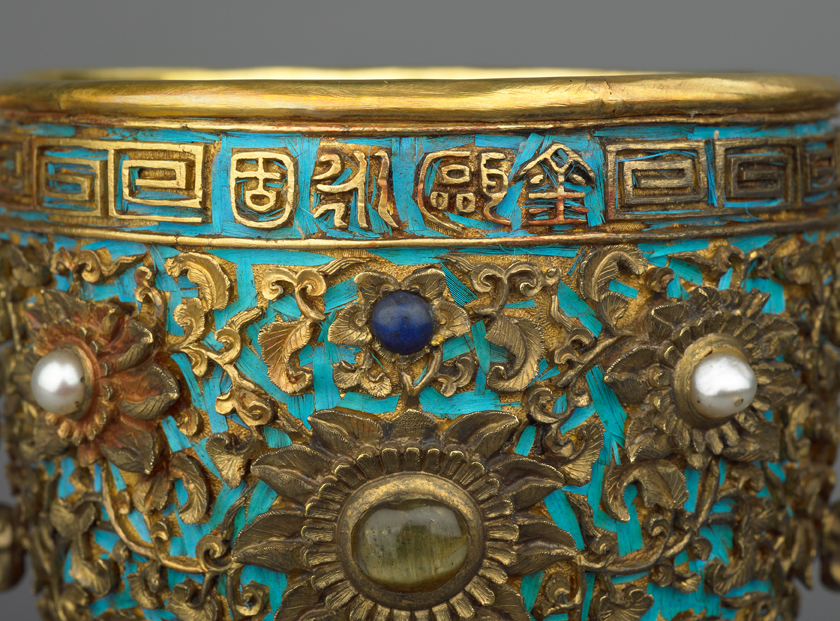 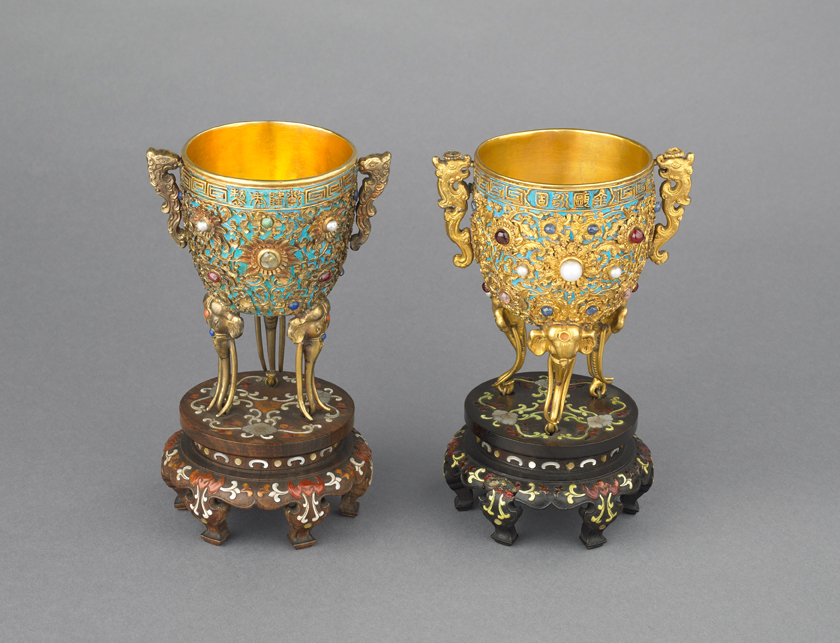 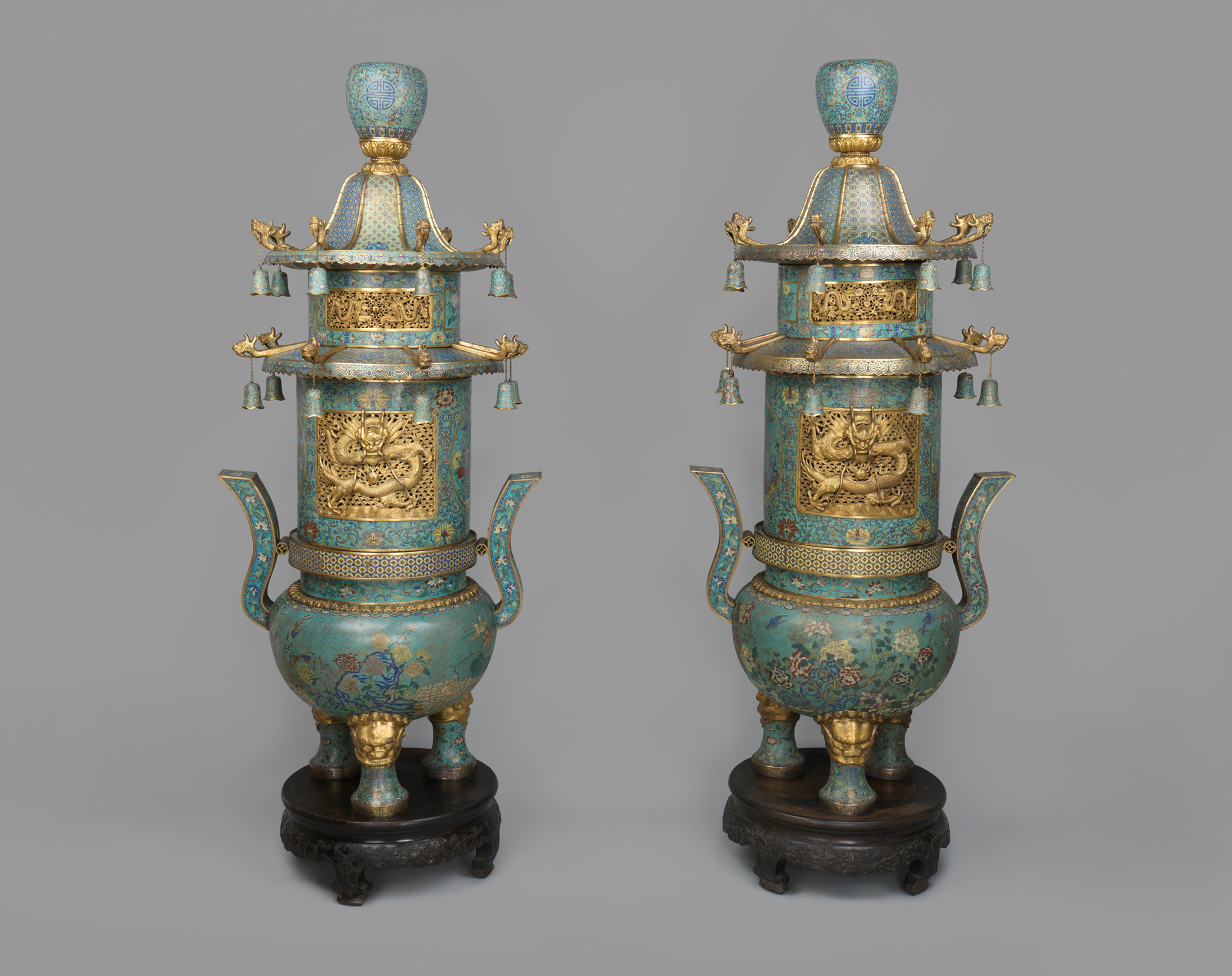