Yoshitoshi Mori was Japanese artist who specialised in ‘kappazuri’ stencil prints.  He was for many years a member of the Mingei folk craft movement, producing stencil-dyed textiles and other textile art before turning to prints later in his career. His colourful works generally depict scenes from the kabuki theatre, or subjects relating to folk traditions and festivals. Art collector Ren Brown writes that Yoshitoshi’s “figures are most often rendered with a simplicity that manages to denote great energy and movement. Mori is known for using earthy colors in his work, and for often positioning his figures in a somewhat contorted and dynamic mass.”

We currently operate on a by appointment basis. 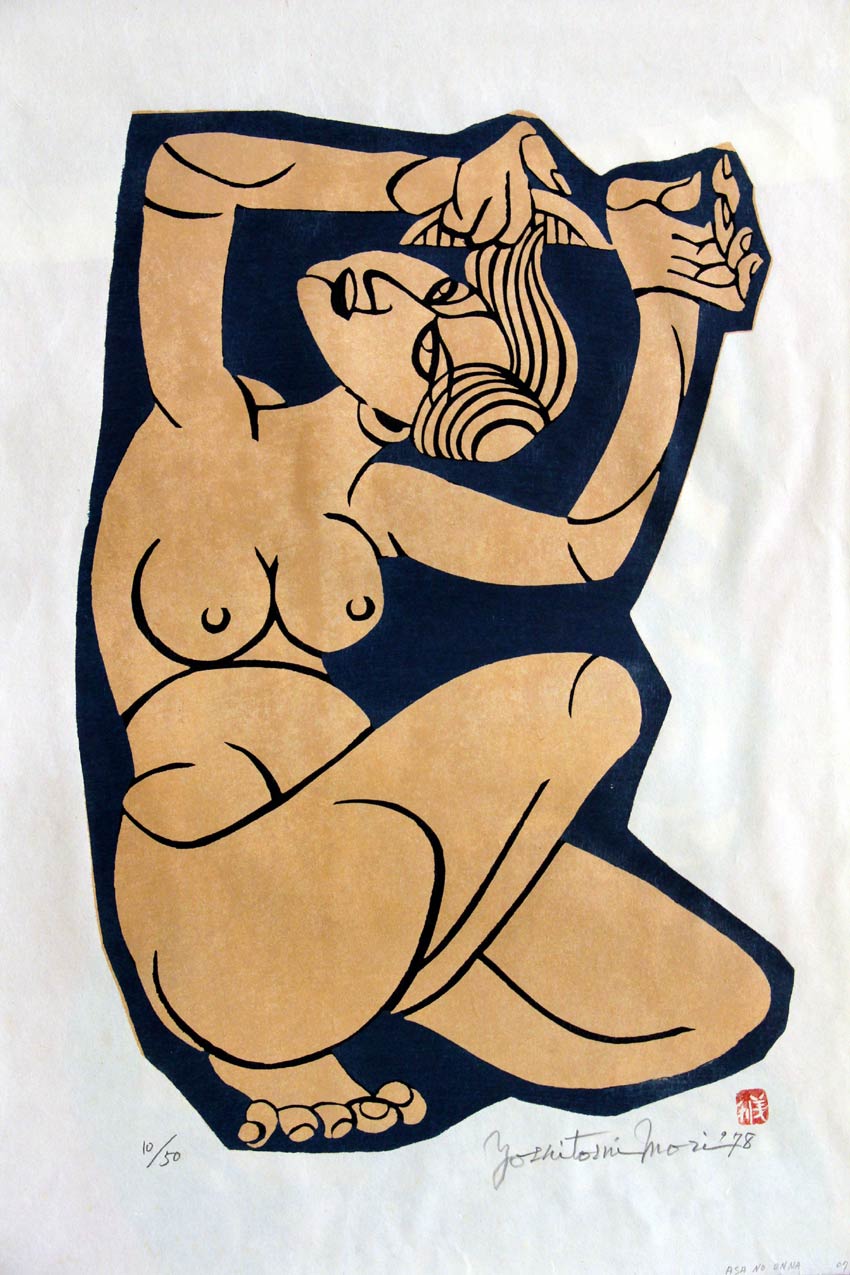 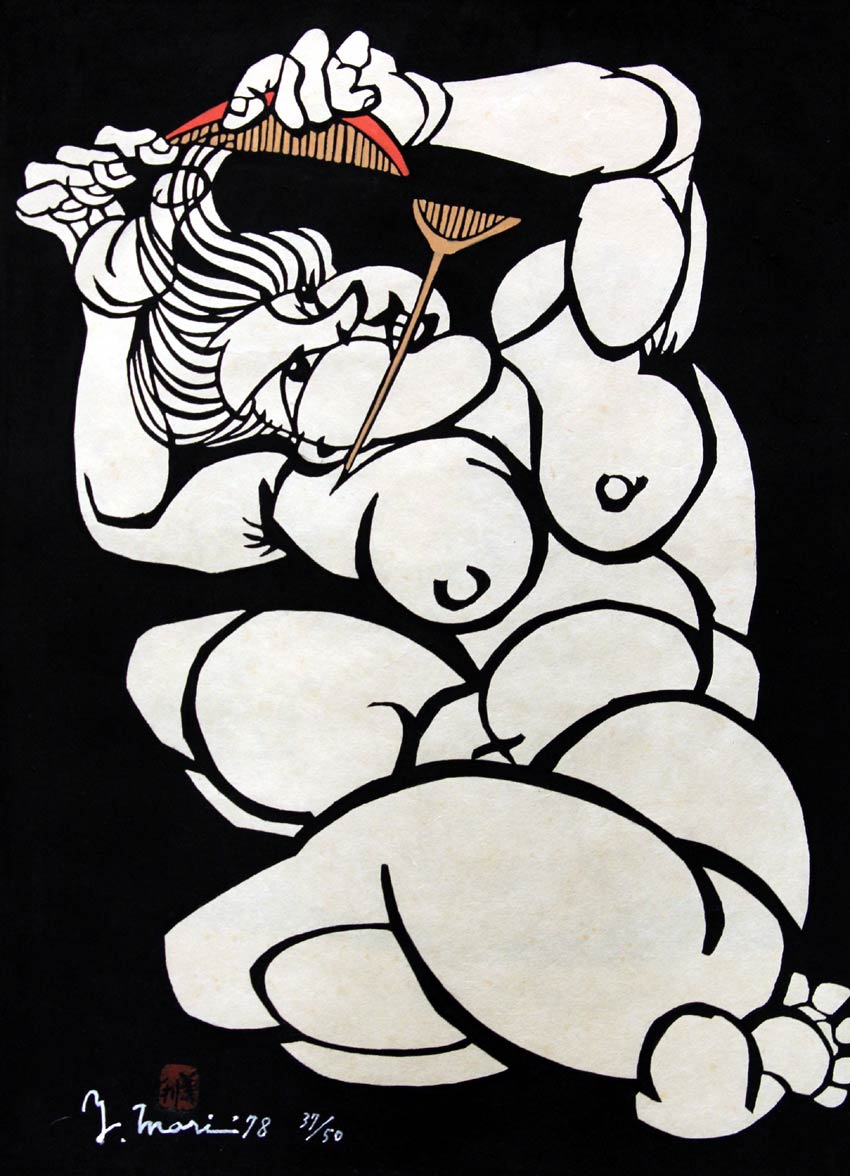 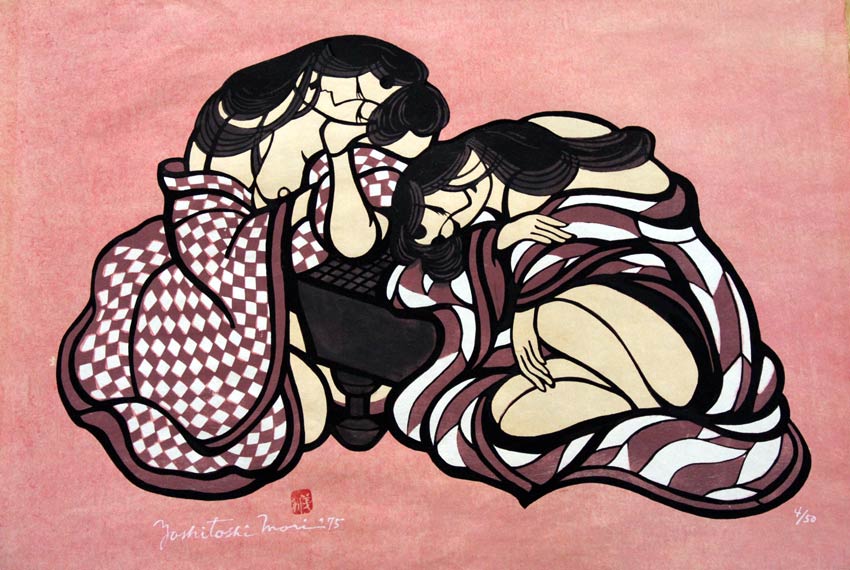 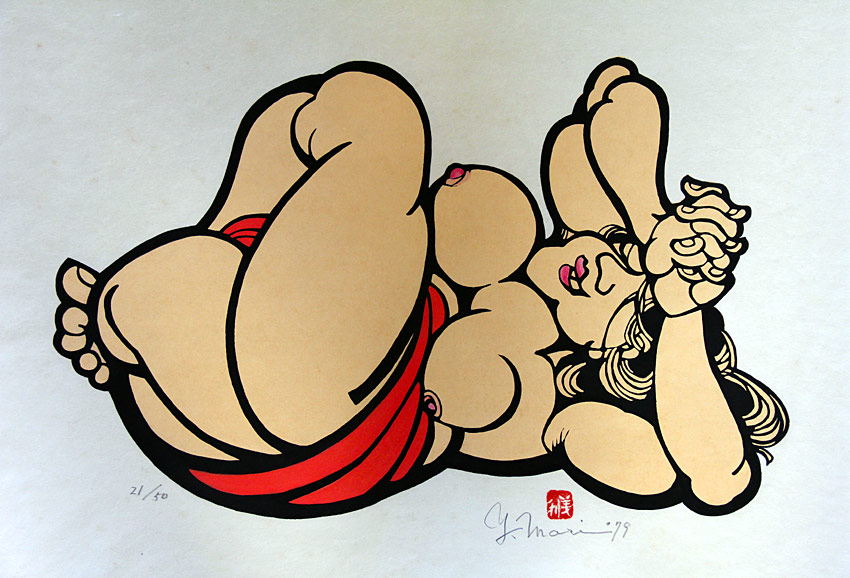 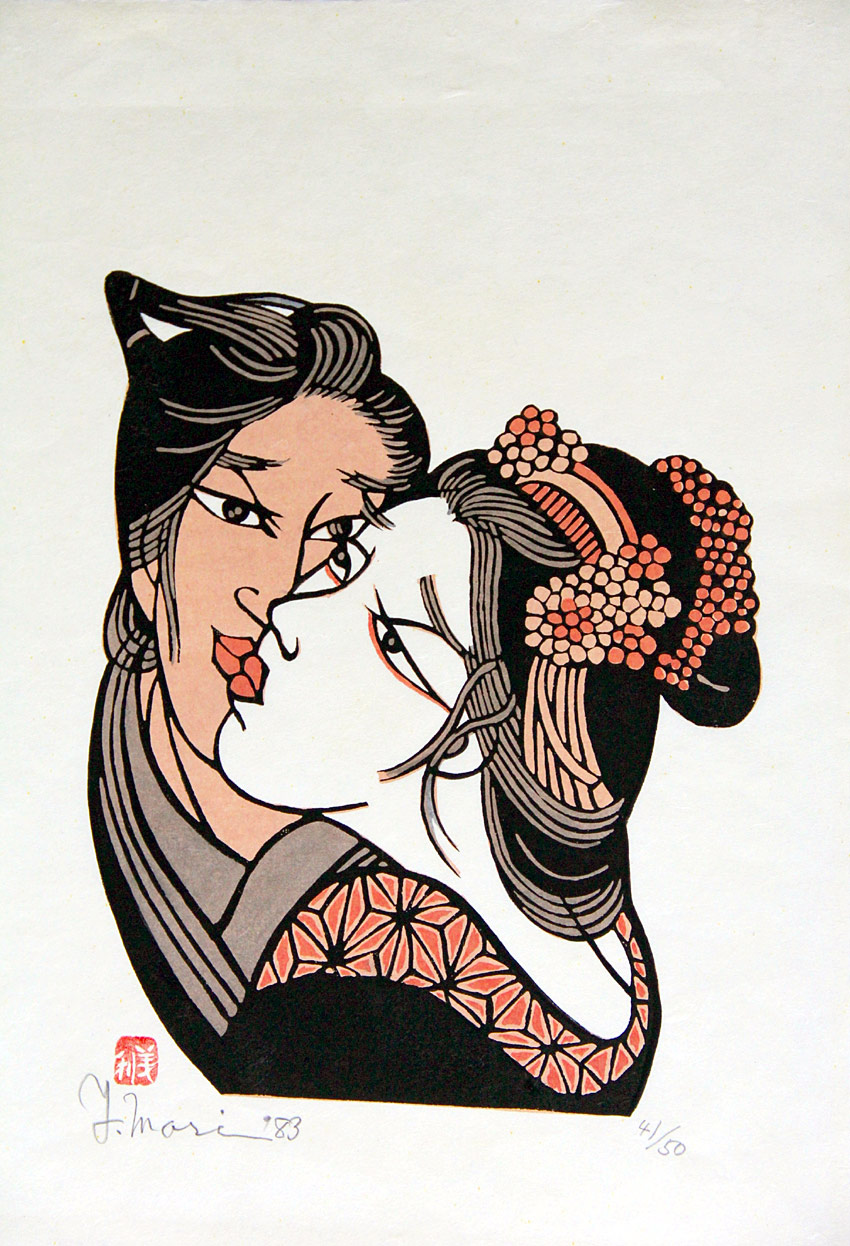 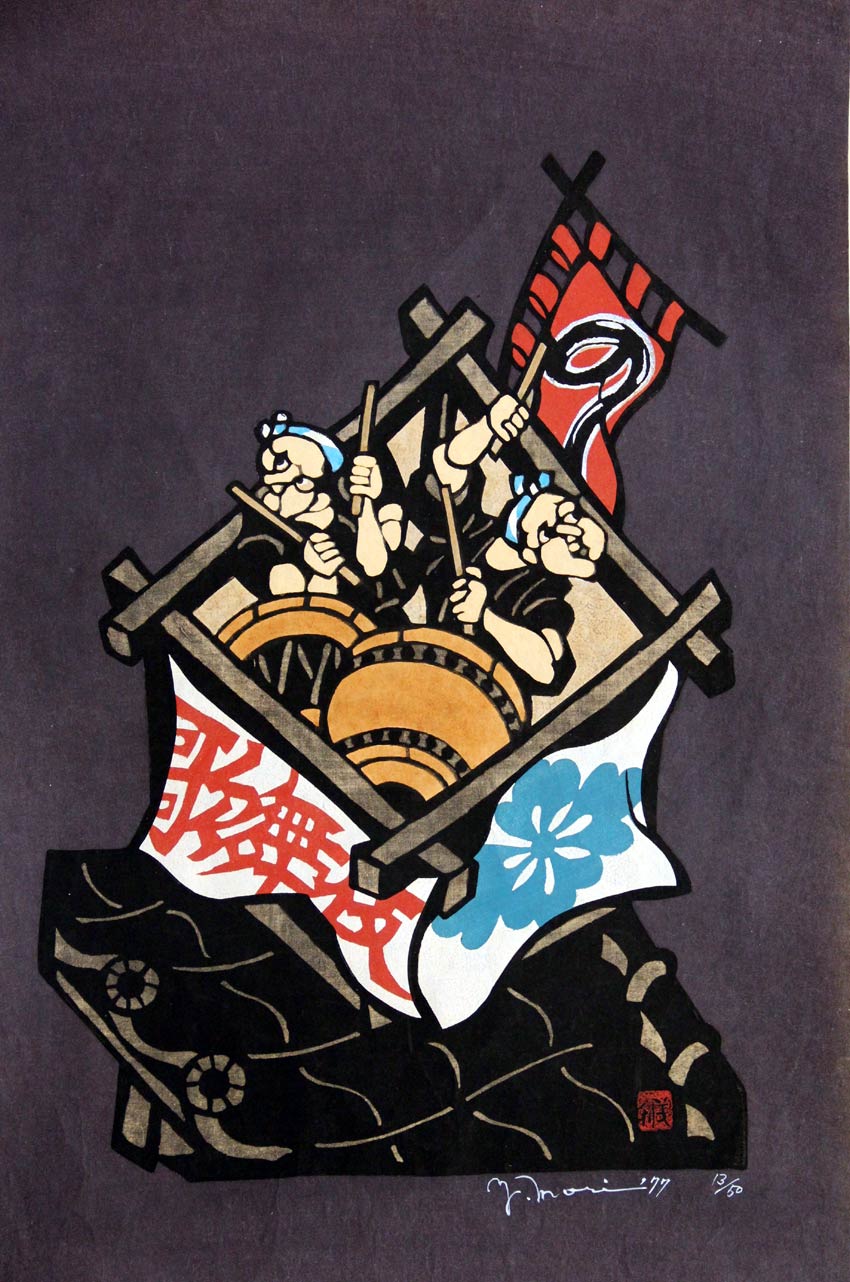 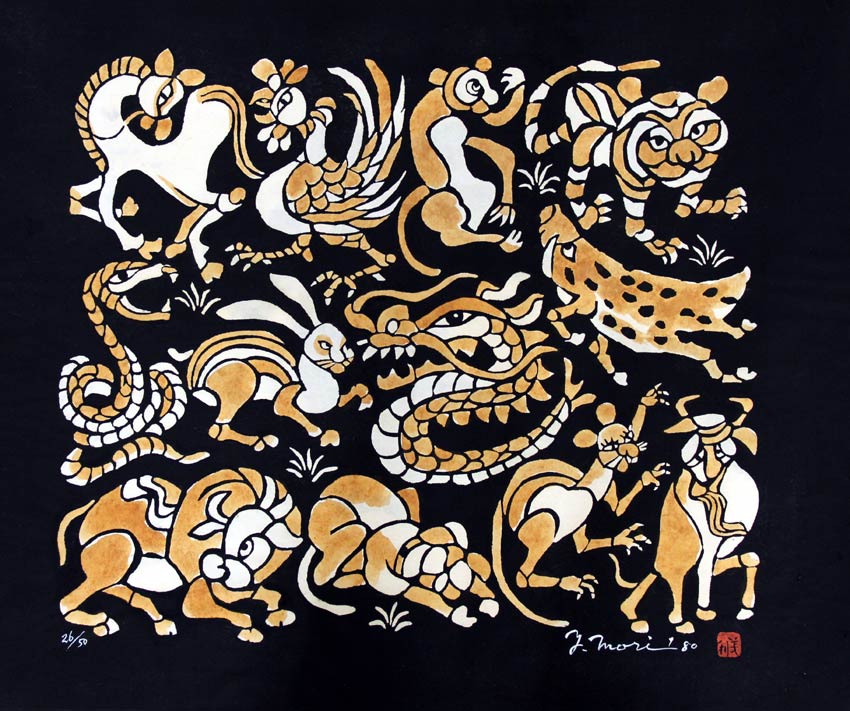