Beth McKillop is a senior research fellow at the Victoria and Albert Museum where she was Keeper of Asia from 2004 to 2010 and Museum Deputy Director from 2011 to 2016.

Since 2018, she has been a course tutor and lecturer at the School of Oriental and African Studies, London University. She also lectures at the Rare Book School, University of Virginia. Her research interests cover the history of books and manuscripts in China and Korea; the ceramics of Korea; and the role of museums and libraries in international cultural and educational relationships.

At the V&A Beth co-curated Chinese and Korean displays in the Buddhist sculpture galleries. She contributed extensively to the New Ceramic Galleries which opened in 2010. Her publications include Korean Art and Design, 1992, and North Korean Culture and Society, 2004. She is currently preparing a book on Korean ceramics from early times until now, for Reaktion Books. Beth is the current president of the Oriental Ceramic Society.

I’ve chosen to dwell on the pair of dragon bowls for a number of reasons. Qing dynasty ceramics fascinate and intrigue me because of their superb technical achievements but also because they are so assured and so hugely varied. One of my favourite London galleries is the Sir Percival David gallery in the British Museum, where one wall is dominated by Qing monochromes displayed in groups, allowing us to take in sumptuous eyefuls of yellow, pink, blue, grey, green and more. These plain vessels are elegant and full of surprises. The hidden design on the dragon bowls is subtle but powerful, speaking of the imperial associations of the colour yellow. The pair of bowls on high feet are bright and luminous, with an invitingly curvaceous form. I’ve always enjoyed learning about the hierarchies of use that were observed in the Imperial household, so it is exciting to think that these dragon bowls could have been held by members of the imperial family. I have read that yellow dragon vessels with yellow on both inner and outer walls were solely for the Emperor and Empress to use; this pair of  bowls with yellow exterior and white interior walls would have been allocated to wives and concubines of the rank below empress. This pair of bowls bring pleasure to the eye, and no doubt to the touch, while evoking the luxurious and ritually complex daily routines of the Qing court. We are lucky to have the chance to see them in London. 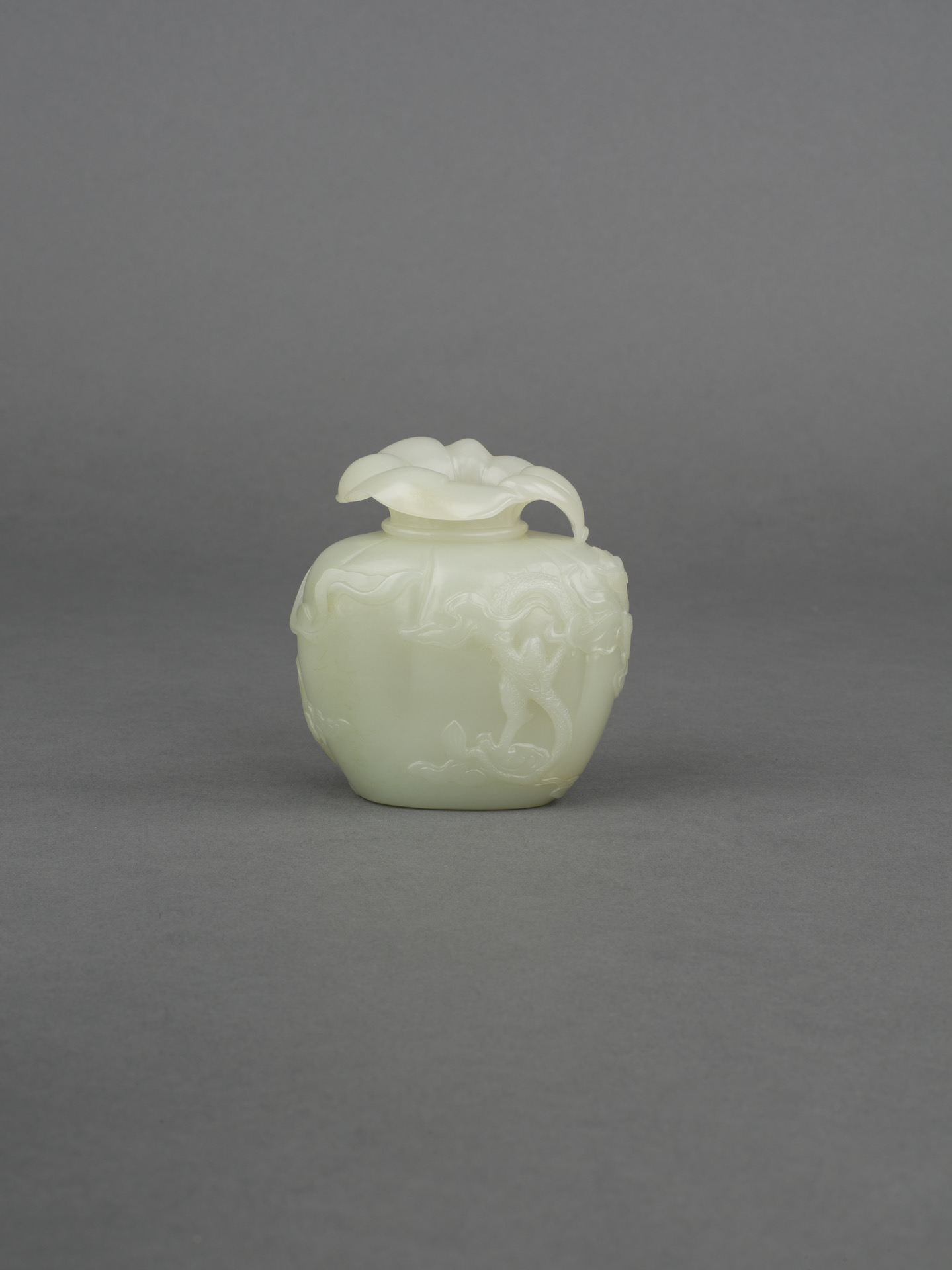 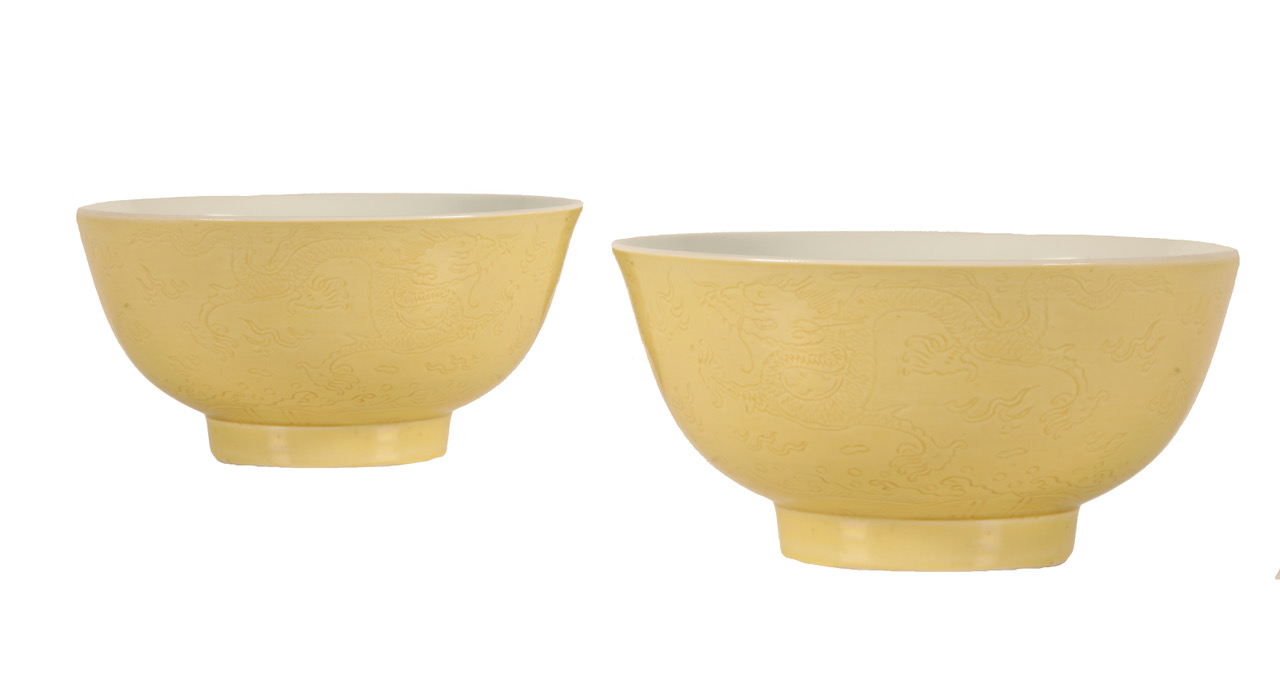 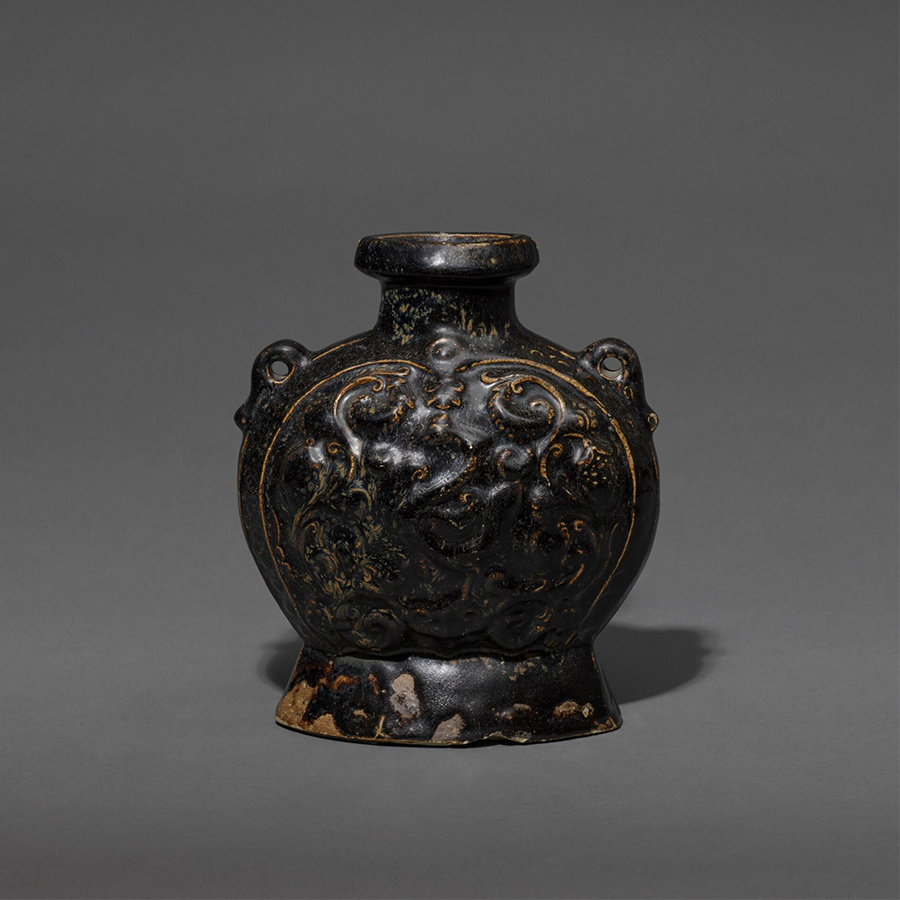 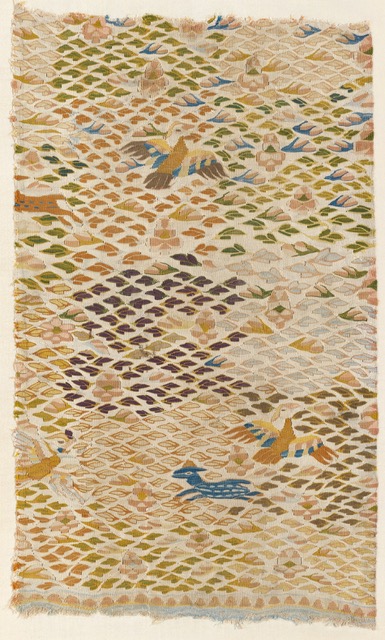 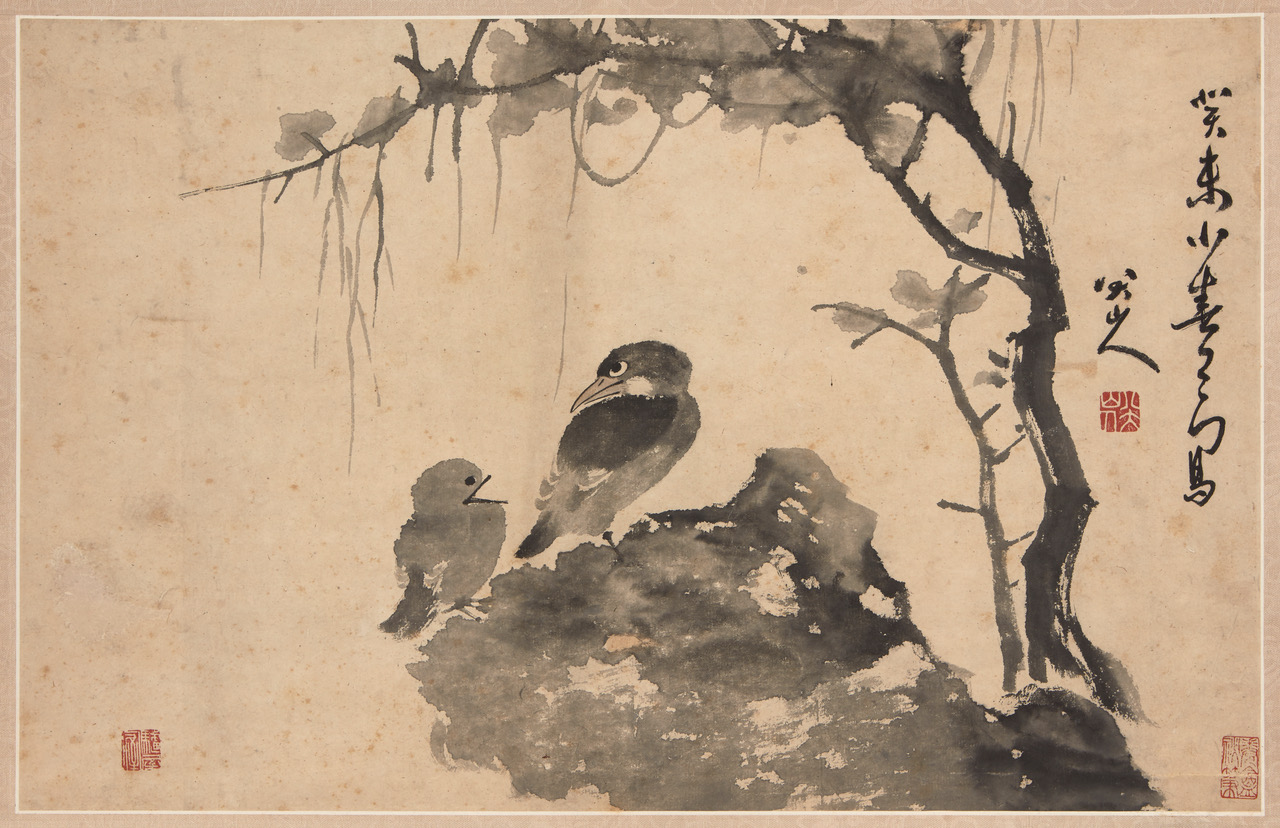