PETER FINER was established in 1967 and are today specialists in antique Arms and Armour from cultures worldwide, Bronze Age to the 19th century, with a London gallery on historic Duke Street, St James’s.
We have a hard-earned reputation for handling the rarest and highest-quality pieces of antique Arms and Armour and have helped to build superb private and institutional collections.
We maintain excellent relationships with museums across the globe, and are honoured to count The Metropolitan Museum of Art, New York, and The Royal Armouries of the United Kingdom among our clients. We work with leading independent scholars and curators in the field to comprehensively research the works of art we handle. Armed with this expertise, we guarantee the authenticity of the objects we sell and strive to establish long-term relationships, built on trust, with our clients.

This exhibition, and catalogue Mythical Beasts & Worldly Creatures, focuses on representations of animals on arms and armour from Indian, Chinese, Tibetan, Japanese and European cultures. Dating from the seventh century to the last decades of the 19th century, these works were purposeful as well as works of art, each decorated with imaginings of mythical, legendary and ‘real’ animals. Artists have assigned meaning to animals both existent and imaginary since prehistory.

Many representations of animals herein are realistic. Some are stylised, bearing little relation to the ‘real’ creature. However, the line between mythological and zoological animals was imprecise in historical eras when few individuals had ever seen species found only on another continent. Artists’ drawings were often the only knowledge of an animal available to fellow artists, especially those without access to royal courts.

While some appreciation of the symbolism of these animals helps, our ultimate goal is to focus the eye on the astonishing artistry and careful detail found in each object’s unique portrayal and representation of animals, and the imagination evident in a diversity of mediums, including precious metals, prized stones, and vibrant man-made lacquers and alloys. 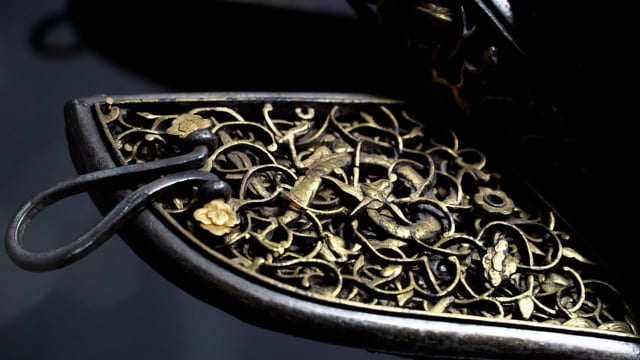