Malcolm Fairley has been specialising in Japanese works of art for 30 years. Starting at Sotheby’s in 1971, he then headed the Japanese department of Sotheby’s Belgravia in 1979, concentrating on art of the Meiji period 1868-1912. He moved back to Bond Street when the two departments were amalgamated. He then joined Barry Davies Oriental Art for the next 5 years producing many catalogues and where, along with the late Dr Oliver Impey of the Ashmolean Museum, he edited the Nasser D. Khalili Collection of Japanese Art -Meiji no Takara: Treasures of Imperial Japan. 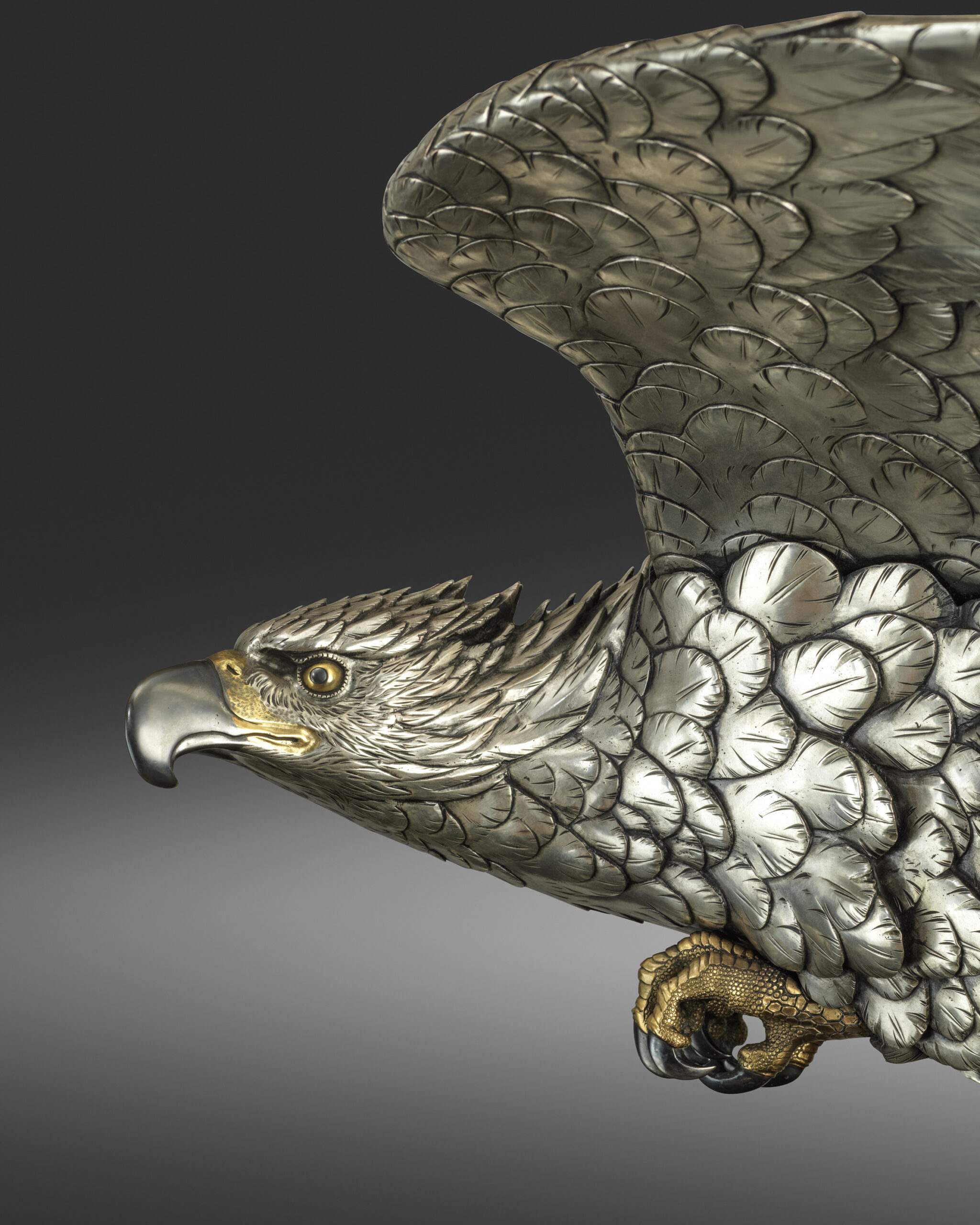 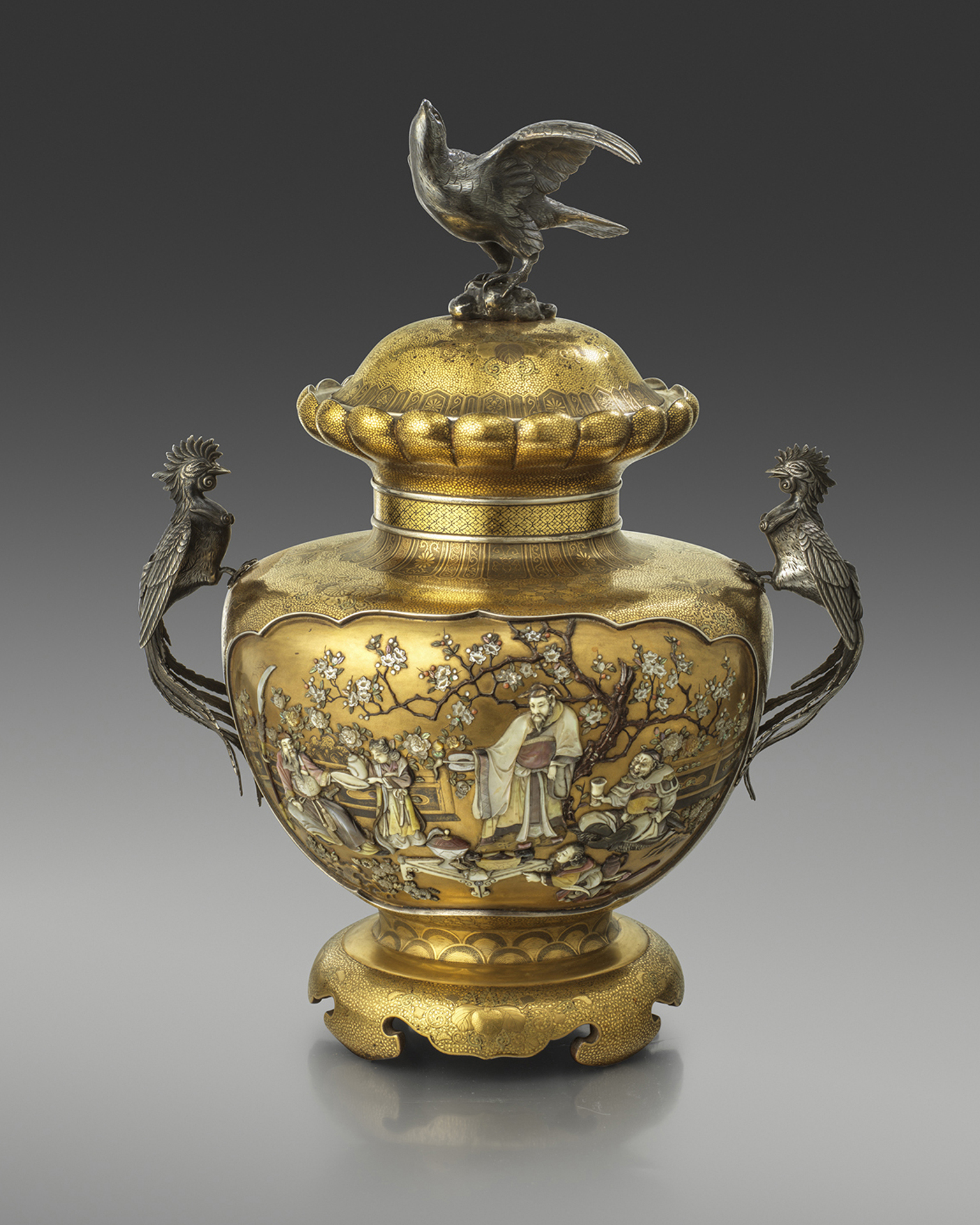 A large Shibayama vase and cover, finely worked with panels of The Three Heroes of Han, applied with silver ho-o handles and surmounted by an eagle finial. Signed on a mother of pearl tablet Harumasa, Meiji Period Circa 1890 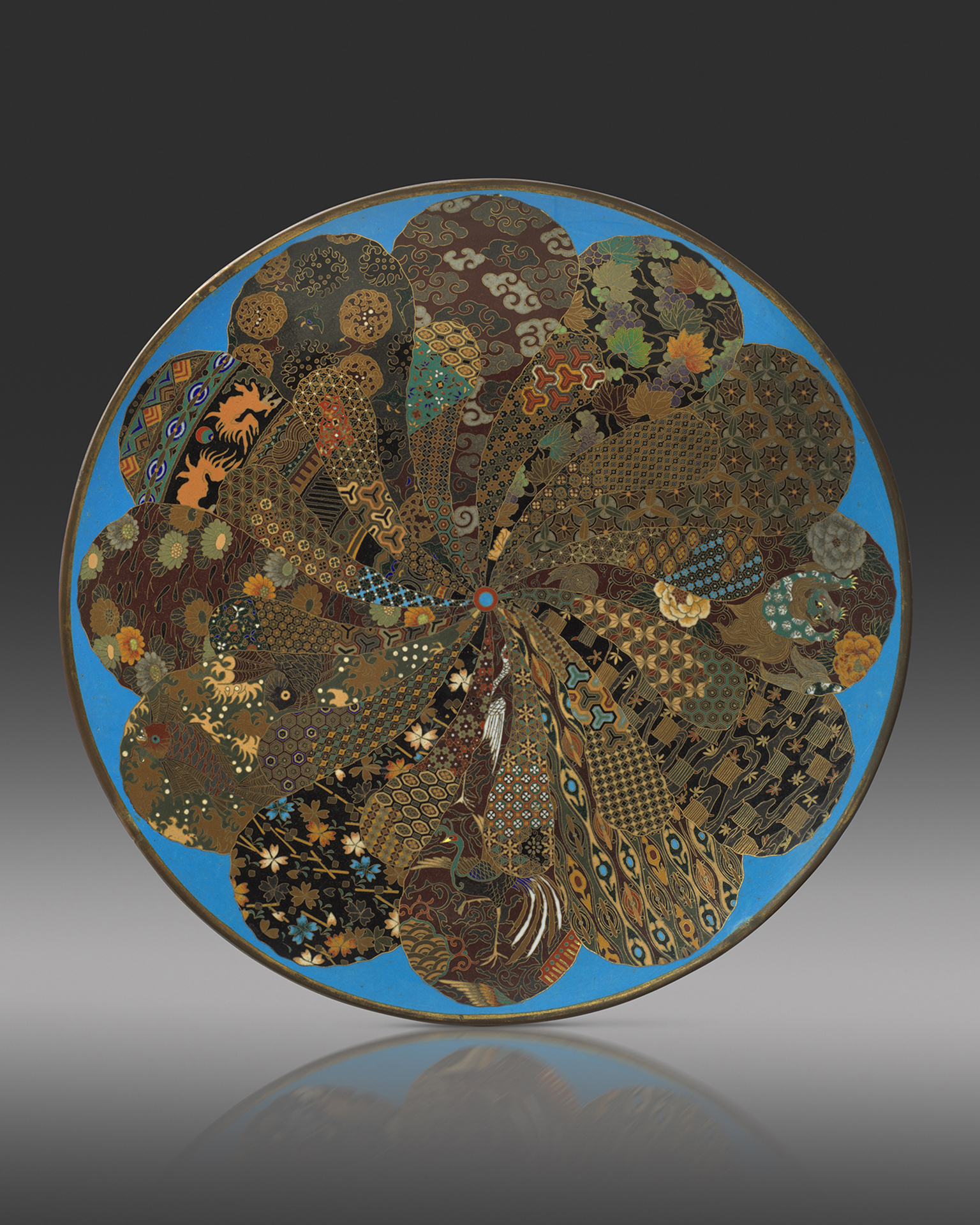 A cloisonne enamel dish worked in gilt wire with a radiating petal-like design of natural and geometric motifs, 45.5cm, Meiji Period Circa 1890 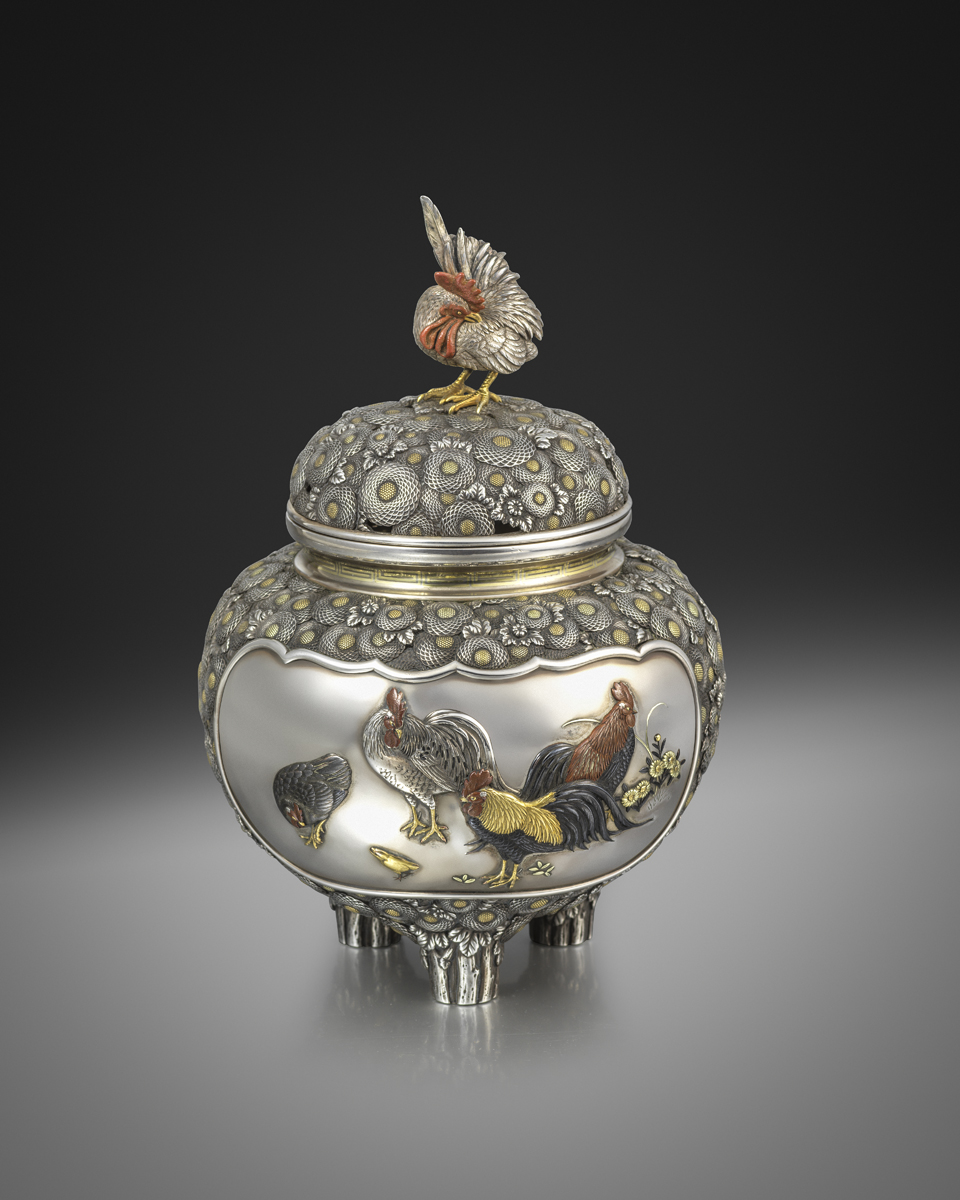 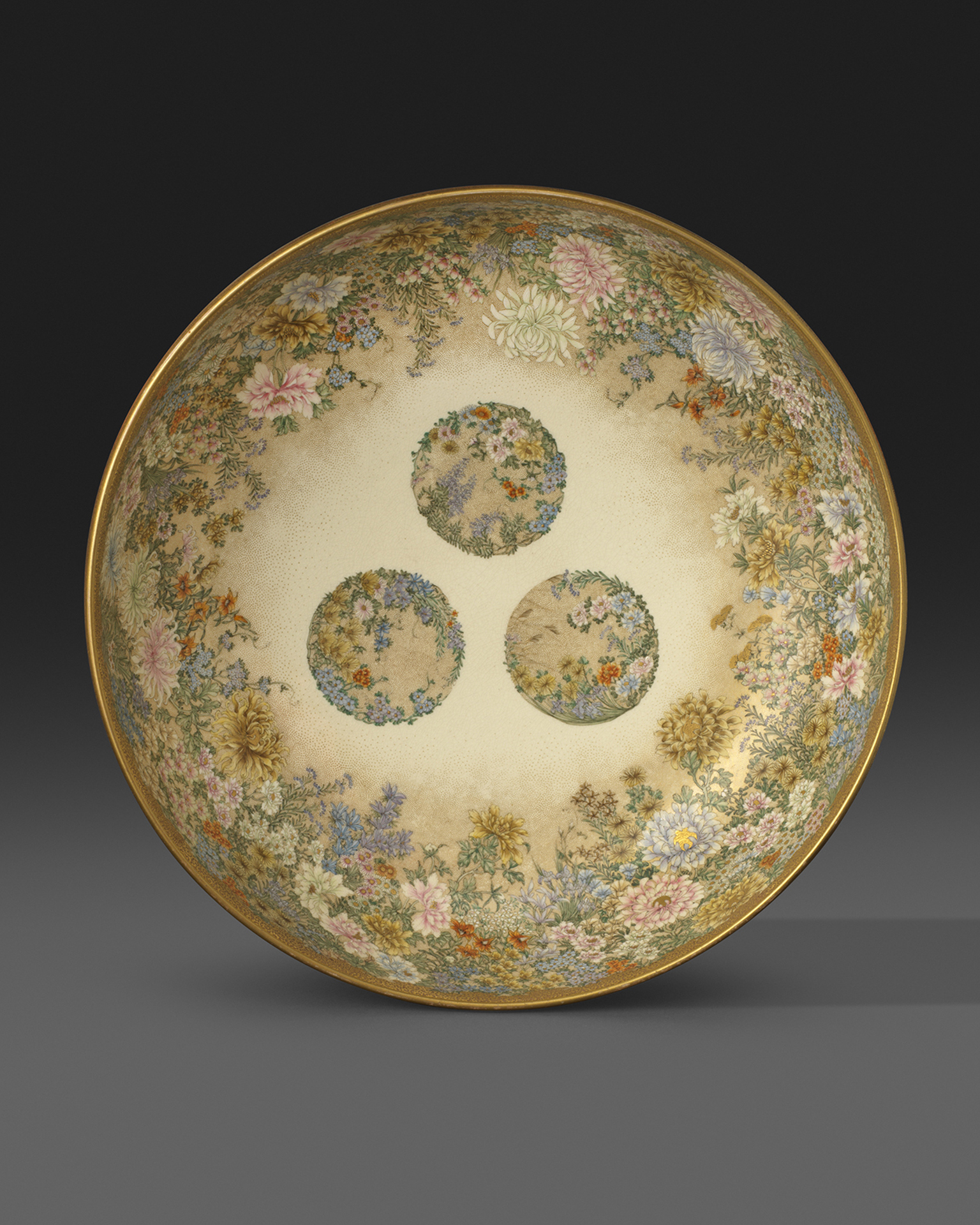 A large earthenware bowl, finely painted and gilt on both interior and exterior with numerous flowers. Signed and impressed Kinkozan zo, Meiji Period Circa 1900, 28.2cm 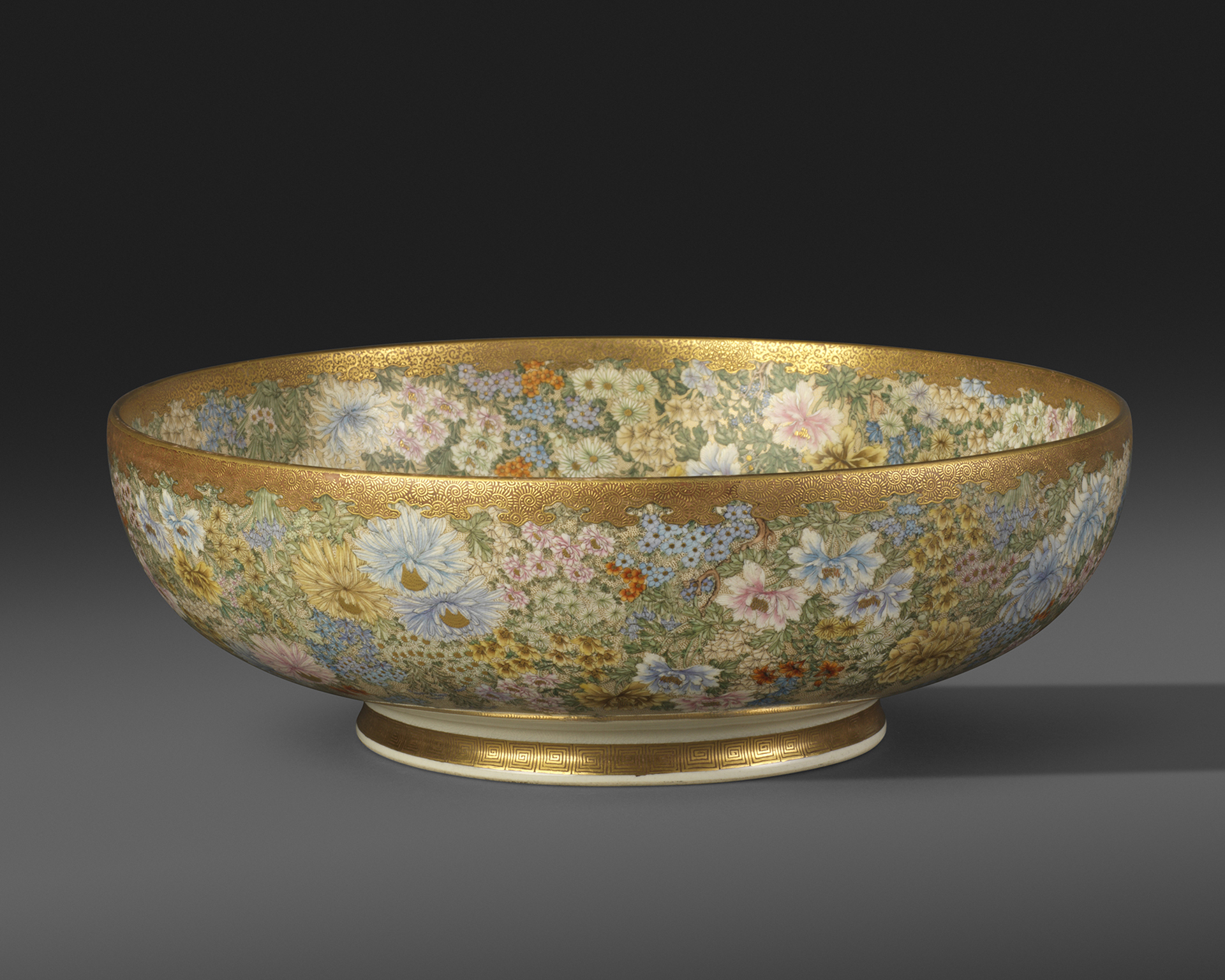 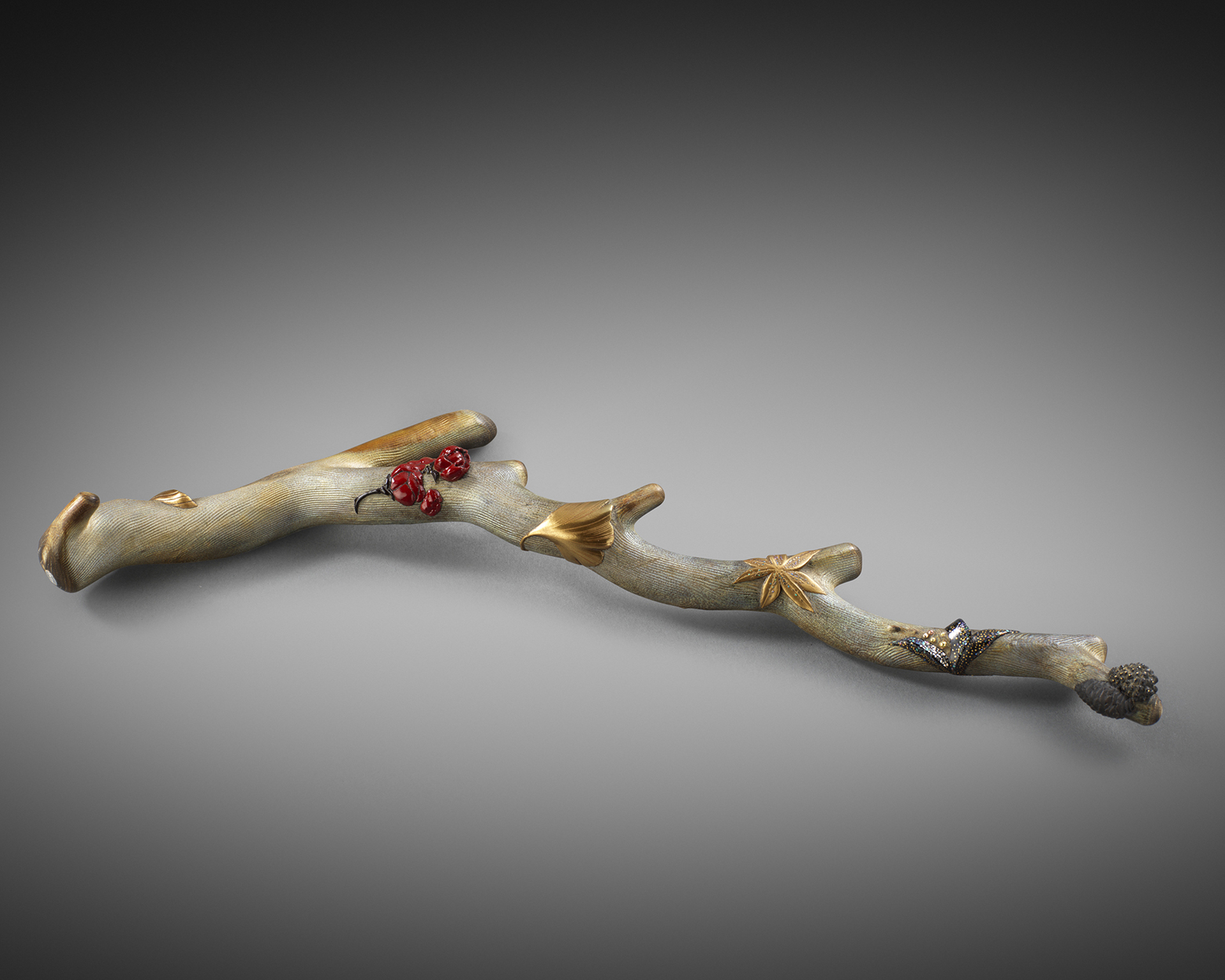 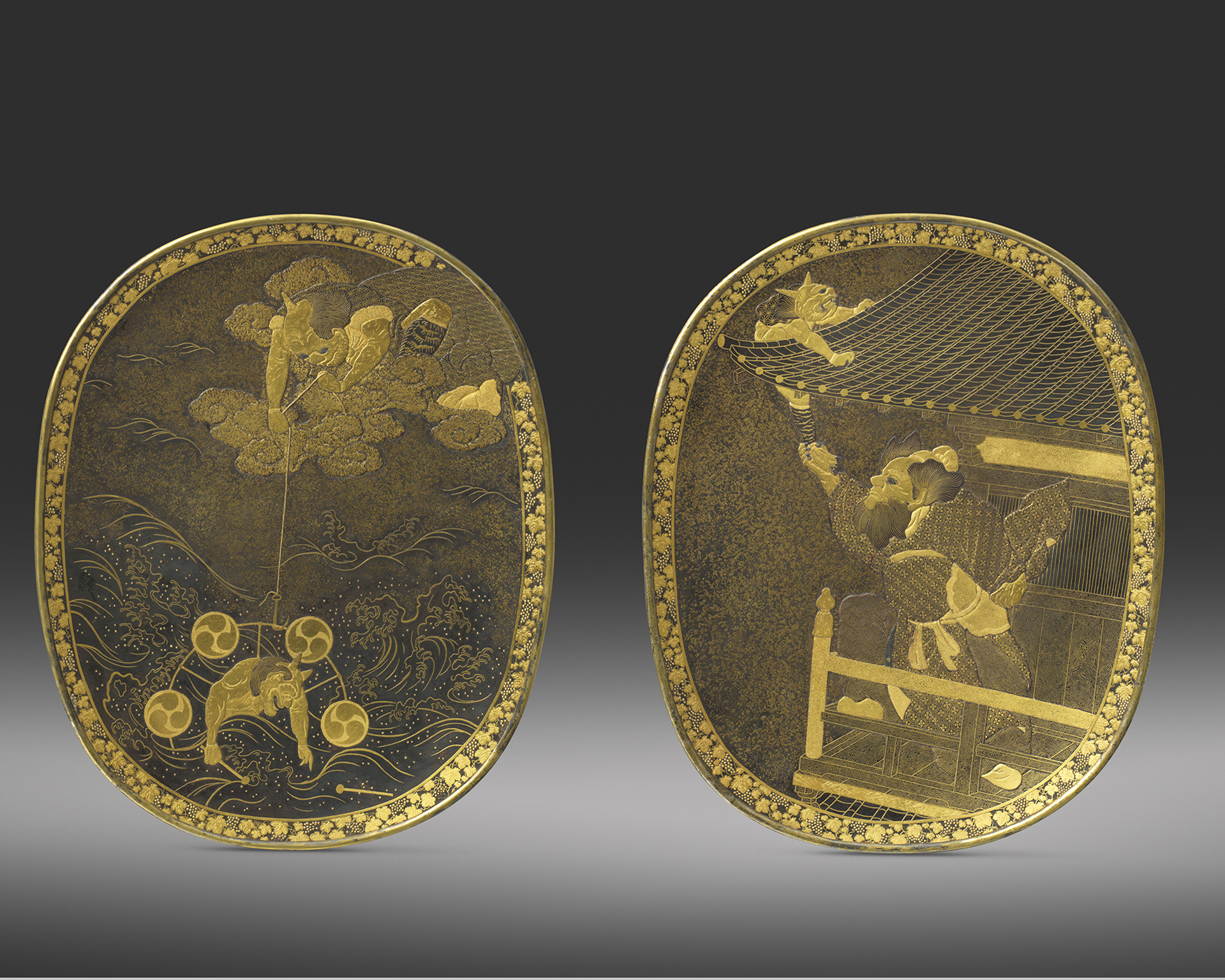 A pair of unusual inlaid iron plaques with Raiden (The Thunder God) in clouds lowering his drums on a fishing line towards an oni clutching a drumstick having lost the other in turbulent waves, the other with Shoki on a balcony clutching an oni by its ankle as it attempts to escape on a roof, with various silver details, within fruiting vine borders, Both signed Komai Sei, one in silver the other in gold, Meiji Period Circa 1875 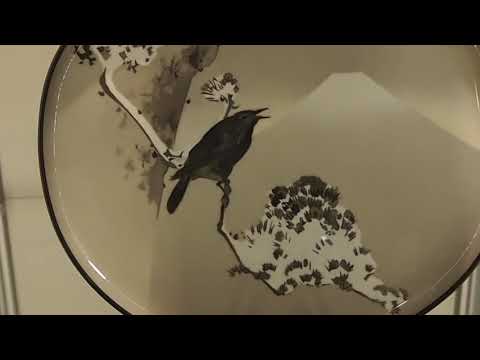